Writer, Director, and Producer Robert Palmer and writer, producer, and editor Michael A. Weiss have been making a splash recently throughout festivals around the world with their newest zombie film I Am Alone. Starring Gareth David-Lloyd (Torchwood, Doctor Who, Sherlock Holmes) and Gunner Wright (Love 2011, Highway to Dhampus), this “horror-mentary” is everything done right with a zombie film.

I Am Alone tells the story of a small town being infected, almost instantly, by an unknown virus while an adventure reality show is being filmed in the area. The TV host’s video logs, found a few days after his own terrific infection, may contain the clues that will help the authorities find a cure and save the world from the apocalypse.

With all these found footage films running a muck around town, it is refreshing to see one where the cameras are operated by actual cameramen! A simple detail which adds a look of production value to the film. There are hardly any extremely shaky, disorienting, or out of focus shots we have become a custom to with found footage films. I Am Alone is beautifully done, with plenty of interesting and complex angles and camera work that drives the story forward. 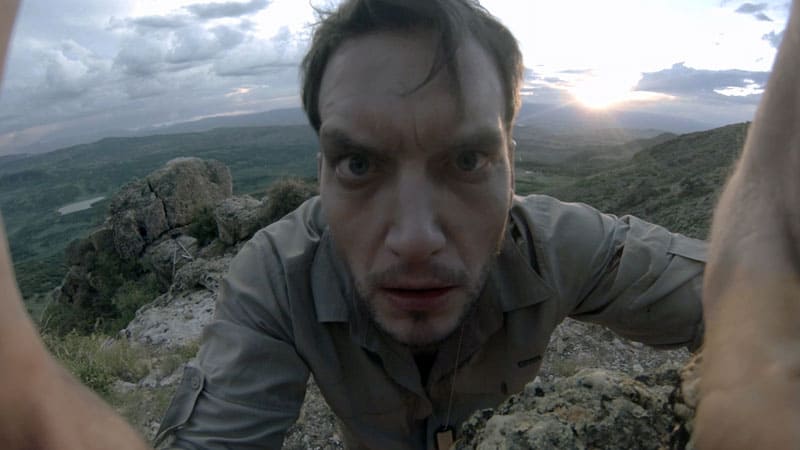 Gareth and Gunner provide exceptionally mastered performances. Each character has a different struggle, unique to their character type, and between the two of them I Am Alone is given a depth that is often overlooked in a zombie film. When truly breaking down good zombie films, zombies fall to the backdrop. A good zombie film focuses on the characters and how they react in an incredibly difficult situation. Alliances have to be formed, enemies are formed from stress, and decisions about loved ones usually drive zombie films to their potential. With that said, the cast delivers a constant stream of incredibly jaw dropping solo performances, with Gareth’s video diary entrances enough to make even the toughest viewers shed a tear or two.

If you have never been to the Colorado Rockies, you are missing some of the most amazing views in the world. Filmed on location in Montrose, Colorado, the entire town showed up to help support the making of this film. “We had over 300 extras and crew, the real people of Montrose who helped in every capacity possible. Thanks to word-of-mouth, we got kids in schools telling their friends about our film. Parents talked to other parents and everyone came out to support. They donated an entire mountain to us and closed down Main Street. Everyone contributed something, even an 80 year-old grandmother who cooked food for the crew every night. We really couldn’t have made ‘I Am Alone’ without the support of the city of Montrose,” says producer Michael A. Weiss. 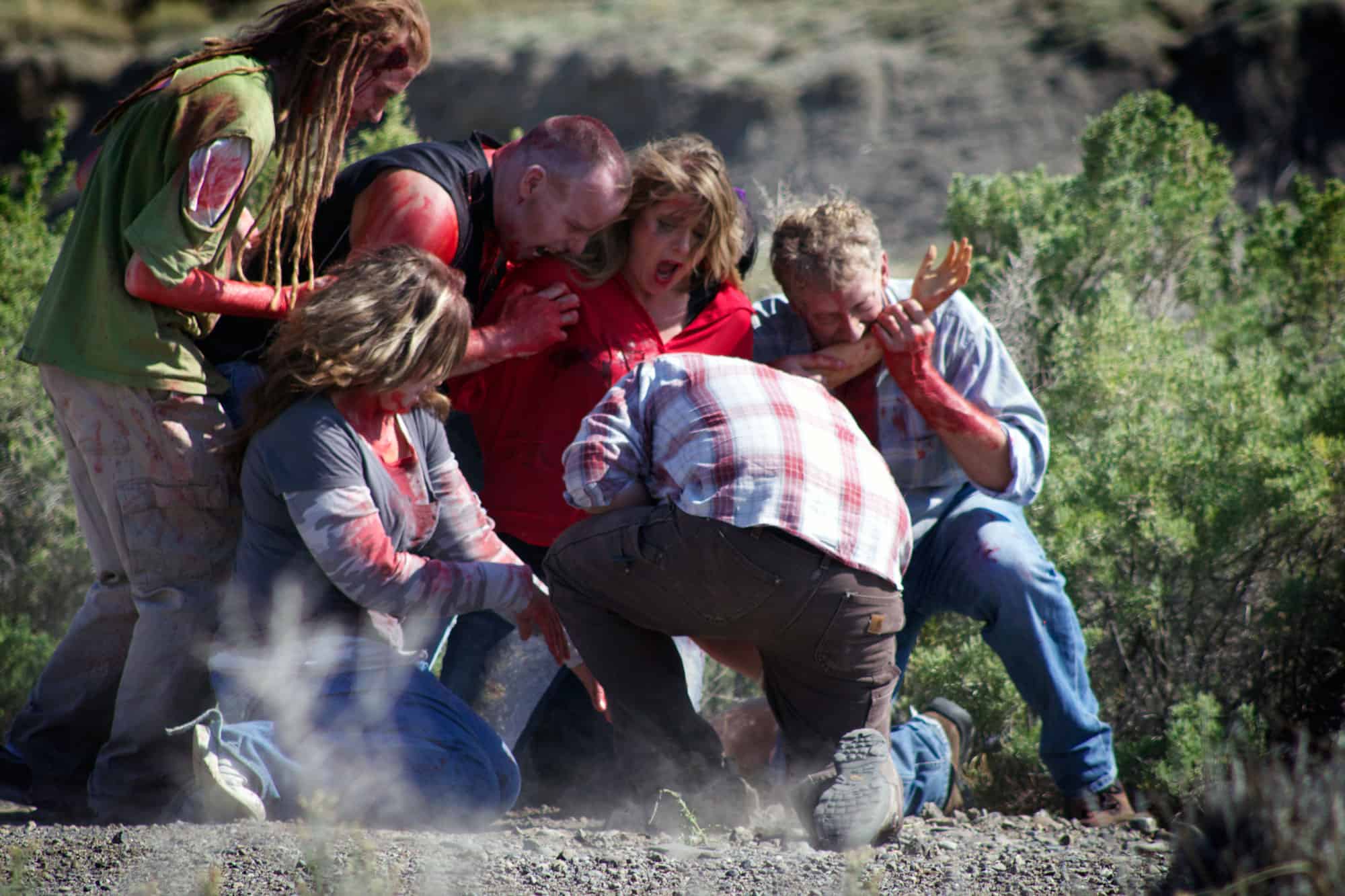 Overall I Am Alone leads the audience down a rabbit hole of a zombie story unlike any other you have every seen. It takes some daring twists and turns which ultimately pay off. So far the film has won several awards at festivals around the United States, and will probably rack up a few more before being released.

The production team of Palmer and Weiss are currently working on their next film, The Patch, about four friends who must fight for their lives in a pumpkin patch. 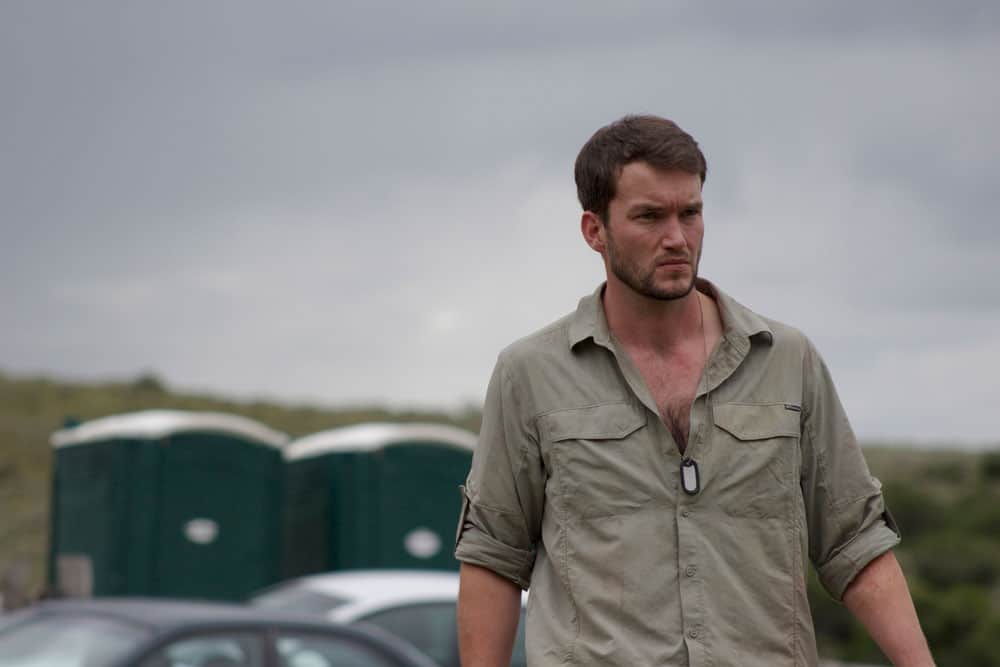 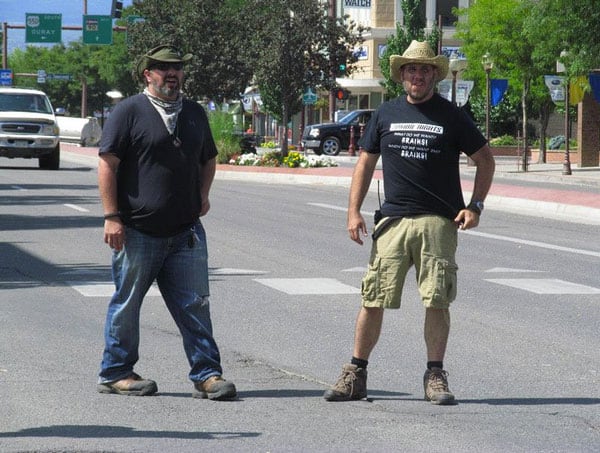