Phantom of the Woods is an atmospheric psychological horror film about two teenagers, Jake and Lana (J.R.S. Storch  and Delaney Hathaway, respectively), dealing with adolescence and the pains and nuisance of home life. But things get strange in their quiet small town, with shadowy humanoid figures looming in the forest nearby. These same mysterious figures could be the cause of a recent trend of murderous impulses throughout the town and its vicinity.

Lana first comes across a “shadow person,” while fiddling around with her camera, from a distance, when she catches a local in a confrontation with the police. Lana manages to grab a snap of the incident when the local goes mad and kills one of the police officers. But that’s not the strangest thing emitting from the whole ordeal– there is a shadow of a person looming over what has transpired, standing as clear as any real person, but unbeknownst to everyone but the madman.

The film appears to take some inspiration from the paranormal phenomenon of the Shadow People– if you haven’t heard of these “beings” look ’em up, there is a ton of artwork on shadow people online. You can also find plenty of stories from people that have experienced such a phenomenon.

That being said, I have always found Shadow People, Shadow Person, or Black Mass– some of the many names these figures have donned– particularly frightening. If you think about what a shadow is, then you can come to the conclusion, that they make for particularly terrifying paranormal forces. Simply, they are an intangible result of light and the lackthereof as light engulfs its recipient. Shadows only exist in relation to an object, inanimate or not, with its movement directly related to its subject. Immobile shadows in the night are scary enough, now imagine moving shadows that take the shape of a person, that fear is multiplied. Shadows without owners, and murderous ones at that, is something to be very fearful of. Phantom of the Woods, is just that, with it’s nifty shadow special effects that recall a tormented past reaching out to the living. 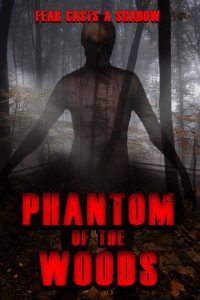 It’s not enough for the film to merely feature shadows as its antagonist, Phantom of the Woods allocates its time to setting up an unsettling doom while simmering a sense of the inescapable through paranormal forces. Its pacing is slow, but it’s merely to add to its impressive knack for atmospheric setup. Phantom reminds me of the best X-Files episodes that I loved as a kid, the ones that made me feel like it wasn’t okay to go to bed at night. But impressively, the film adds another shade of depth, by attributing the shadows a relation to the past, with the spectre manifesting the fears of the individual and forcing them to come face-to-face with their innermost phobias.

Directed by Michael Storch in the lush forests of Northern Indiana, Phantom of the Woods has got to be one of the eeriest movies I’ve come across in quite some time. The film’s eeriness is matched only by its unsettling mood and sense of dread which pervades the film like a lingering fog, settling heavy and thick.

You can can catch The Phantom of the Woods on DVD released through distributor Cinema Epoch and it can be purchased on the production company’s website, Open Sign Productions. If you’re more inclined towards the intangible, and keeping in the spirit of the shadows, you can find it digitally on VOD through your cable provider, Google Play, and Amazon 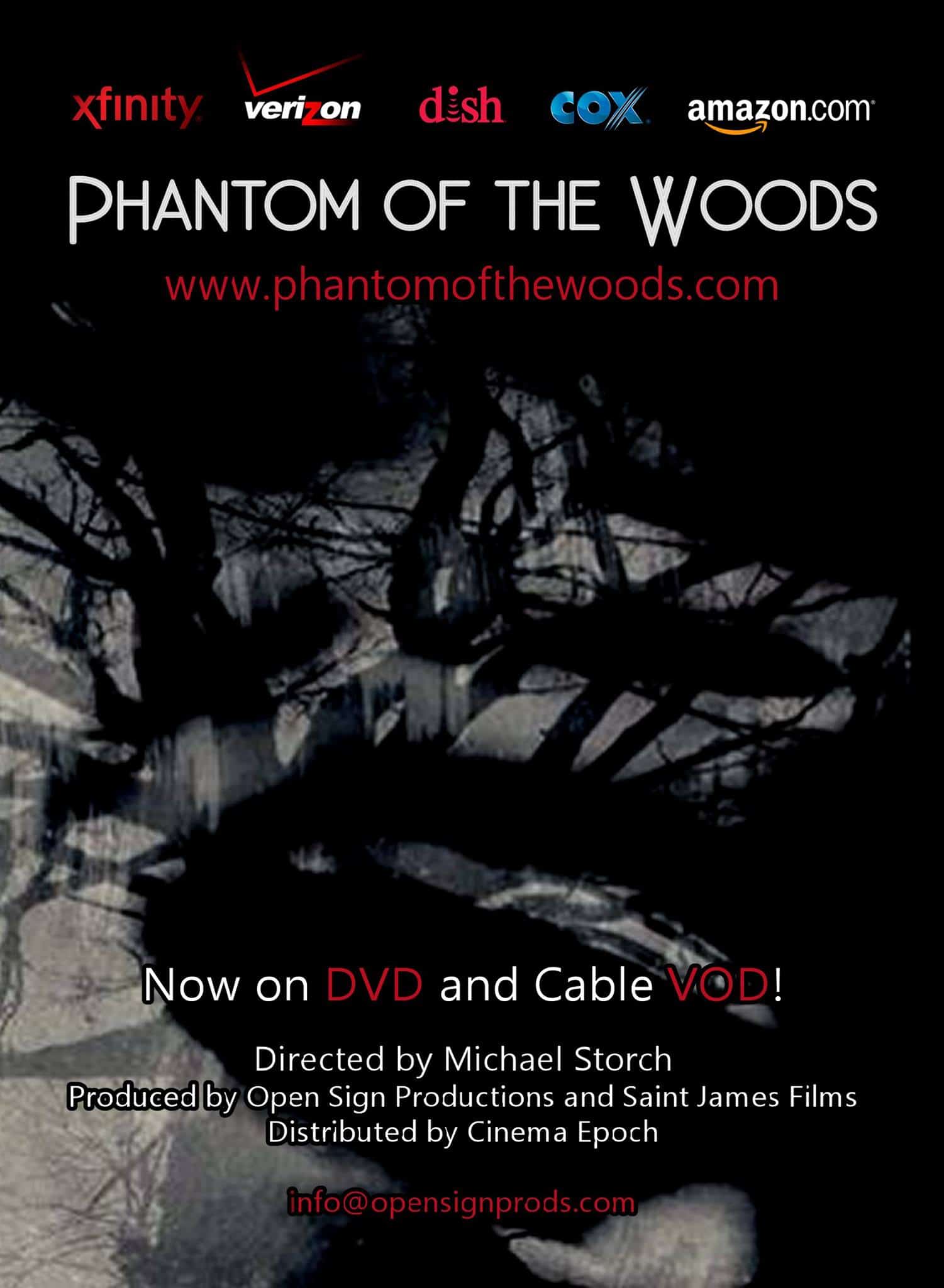