The year was 1972, unemployment in the UK reached over one million people, union mine workers held a strike, and one man with bright orange hair dressed in women’s clothing was walking down the street alone. Despite being taunted and ridiculed by passer-byes, that man held his head up high and didn’t care what the people were saying. Later that year David Bowie would release his album Ziggy Stardust and the Spiders From Mars and rock the world forever.

No one at the time would imaging that a few years after Bowie was walking alone with his bright orange hair, that millions of people around the world would follow suit and show the world their true colors. Bowie had a long and distinguished career, including several chart topping songs off of many iconic albums, and a film career giving the world not only great films, but the best mullet ever conceived. As artists we tend to look both within and without ourselves for inspiration and direction. No one did that better than David Bowie. With his needle like figure and his multi-colored eyes (due to a school yard fight as a child) his unmistakable gaze was enough to spark the creative fire within many young people who were looking for more than what they had around them.

We’ve lost several great names within the past few weeks, beginning with Lemmy Kilmister of Mötörhead and Angus Scrimm of Phantasm. Bowie is but the bow on top of the gift that is so fabulously wrapped which contains some of the greatest lives ever lived.

What can we as artists learn from such an iconic figure? Of all things Bowie, the one that stands out light years beyond the rest is his restless need to be both true to himself, and greater than himself. Forget the rest of the world for a minute and look at yourself. What are you wearing? What are you doing? What are you listening to? Is that what you want to be wearing or doing or listening to? Why not? Bowie took away something glorious that should be celebrated every day of our lives. He took away the stigma of societal rules and the need to conform to them. Be who you want, wear what you want, but most importantly, create what you want.

As artists we try our hardest to create things other people will like. We need to stop doing this. The best art, or rather the truest art, comes from within. It comes from not caring what the outside world will think. It comes from not wanting to please anybody but yourself. This is where Bowie’s iconic personalities and creative concept albums stemmed from, and this is where we must be if we want to create something real and great.

David Bowie was an inspiration to so many and his inspiration will live on forever. He inspired millions of people to pick up a guitar or write music or be themselves and through his inspiration many will succeed who in turn will inspire a whole other generation. Bowie was unique and incredibly talented and with his art still alive forever he is one who will never be forgotten.

For most of us, Bowie was more than just a singer, he was someone to look up to for guidance when society just didn’t cut it. He was where we turned to when the world just didn’t understand. He wanted to be more than human, and we all should, especially in this industry of ours where we strive to create stories that are truly out of this world. 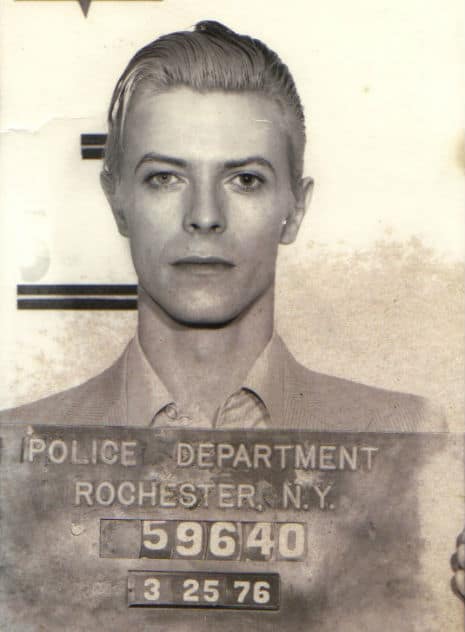