José Pedro Lopes’ The Forest of Lost Souls(also known by its Portuguese title, A Floresta das Almas Perdidas) is a very interesting kind of horror movie. Describing any aspect of it beyond the first fifteen minutes or so would ruin the impact of what’s to come.

Suffice it to say, The Forest of Lost Souls is a film quite unlike any other you’re likely to see this year. Shot in gorgeous black and white, Lopes has created a horror tale which draws you in with real human emotional interaction, then holds onto the viewer by way of a strangely fascinating sense of curious unease.

The opening’s not giving anything away, however: a young woman wanders in the titular forest after a voiceover lays out what is happening:

“’Sadness will last forever.’ That’s what Van Gogh said to his brother Theo before he died. For Nietzsche, the thought of suicide was a great comfort, a haven by which one could survive bad nights. Maybe that’s why, every year, dozens of people come here. Far away from everything and everyone, so that sadness ends.”

After the young woman wanders idly through the forest, she takes poison and drops into the waters of a lake. “Sadness will last forever” is spoken again, then we smash-cut to a title sequence featuring terrifyingly lit and photographed trees in a forest. Once that’s complete, we’re back in the forest, and there are an older gentleman and another young woman, about the age of the poison-taker from the opening.

It all sounds very dry, but once the pair of the older man and younger woman begin to interact, they engage in some truly humanizing dialogue, and we begin to care about them as characters and see how they came to be where they are – the forest of lost souls, where people come to take their lives. Both the man, Ricardo (played by Jore Mota), and the woman, Carolina (played by Daniela Love), have their reasons for being there, but they both seem to trivialize that of the other.

Still, the two wander the woods, coming upon other bodies. Lopes opts not to show the bodies in full. We don’t see them in anything but partial view – a leg here, a torso blocked by a tree there – and it’s more of an auditory sense that tells the viewer that they’re dead, courtesy of buzzing insects. There’s much discussion regarding the transitory nature of life, and then … something happens.

Going into further detail spoils the movie terribly, but Lopes continues on with a movie that takes the sense of humanity and interacts in The Forest of Lost Souls‘ beginning and turns it on its head, and really trusts the viewer to understand the changes which occur. It’s resolute in its vision, and the work of the cast is superbly restrained, with histrionics being far from the order of the day. It’s so subtle as to likely rule the opinions of genre purists, but for those with an open mind, The Forest of Lost Souls is a fantastic new kind of horror.

The Forest of Lost Souls will be released by Wild Eye Releasing in North America, and for those abroad, it is playing on May 27 in the UK at Triple Six Festival and on June 17 in Australia at the Sydney Film Festival. 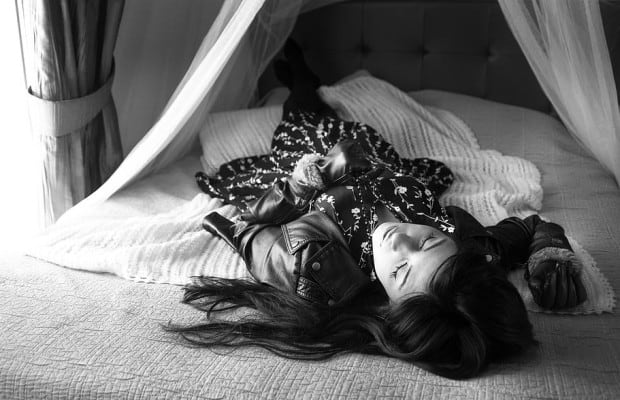