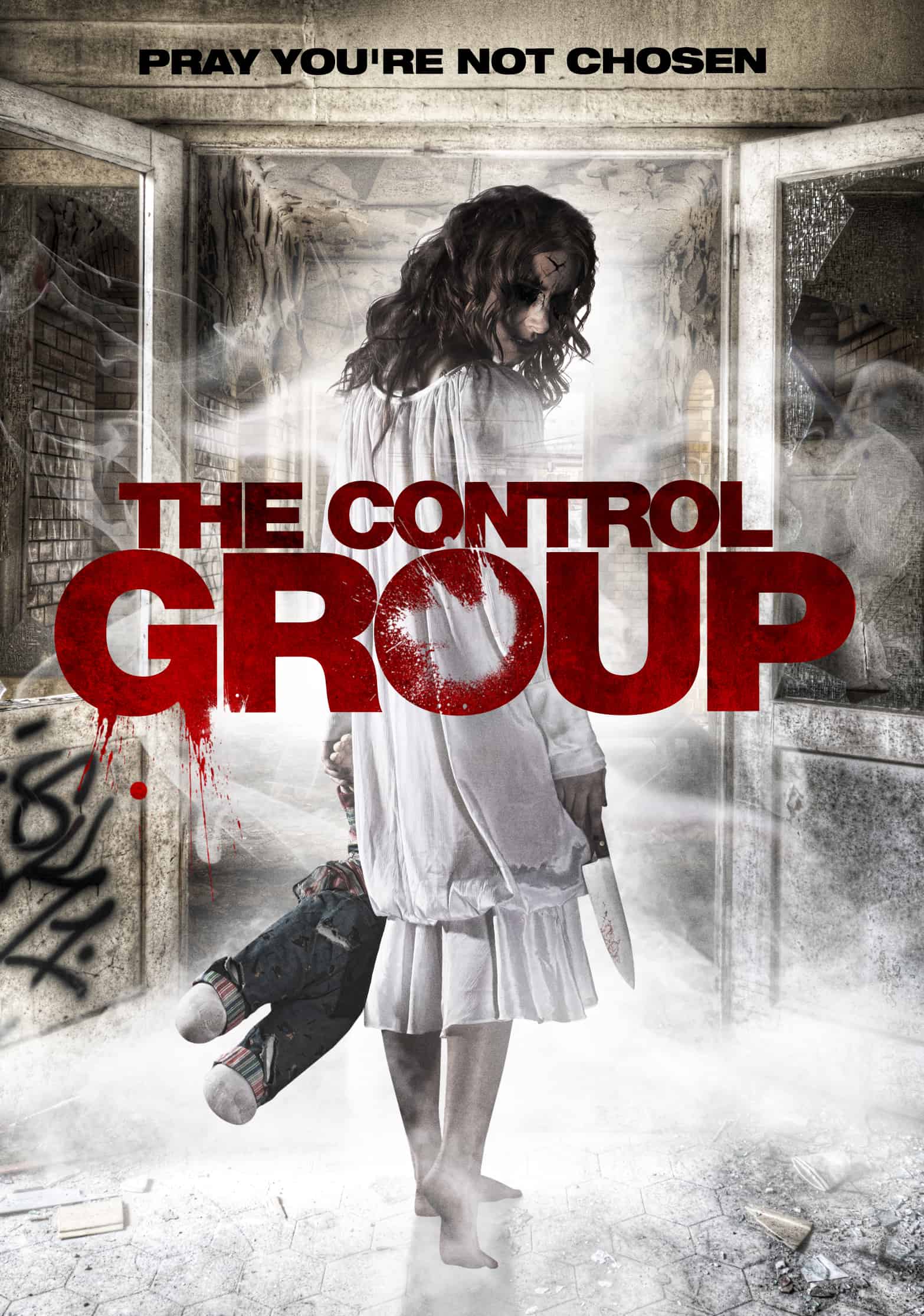 The compelling feature film debut from director Peter Hurd, The Control Group, manages to surprise and entertain through the entirety of its labyrinthine and unique plot. The film opens up with our protagonist Jack (Ross Destiche) sprawled out and dazed across the floor. When he gains some of his senses back it turns out Jack has awoken from his slumber in an insane asylum– and not one any person should belong to, not even Jack, because, well… the place is abandoned. Or so it appears so at first.

Jack bumbles around and finds a group of “friends” (but they’re really not) stuck in the same asylum wandering aimlessly for an exit. As these things normally go, things are not peachy among the group. Each character– Grant (Justen Jones); Vanessa (Jenna Enemy); Corey (Shane Philip); Jaime (Kodi Saint Angelo)– leads their own troubled lives. They’re all miserable and can’t stand each other, except for Jaime, who’s quite giddy about the prospects of paranormal activity.

The Control Group turns out to be more than its surface will let you believe. For starters, the mystery at the core of the film, why these teens are in an abandoned asylum, is not as simple as you’d expect. There are so many layers to the script by Logan Gion that any moment when you think you have the film figured out, it turns out to be something else entirely. The Control Group borders science-fiction as it begins to reel in the reasoning behind the strange building, the deaths, and why those that die don’t actually die, and meshes well with the film’s many horror aspects.

Also, the group’s individual phobias come into play as each character hallucinates things they fear putting them in peril as they panic in response to what they see. Hooded individuals referred to as “crows” stalk the hallways of the asylum adding a sense of prevalent danger throughout. The “crows” don those infamous bird shaped masks used in Europe during the Black Plague.

Through few flashbacks, we get a glimpse of Jack’s dilemma, as a suicidal teen who’s lost his sister. Thankfully these instances are short and held throughout the first half of the film so as not to distract from the point of the film, which is honestly, the most compelling asset of The Control Group. I can’t give too much away but midway through it is revealed why the teens have been chosen. All I can say is that, as the title of the film implies, if one knows anything about experiments in science class, it is that the situation which Jack and company find themselves in, is just that, an experiment conducted by the idealistic Doctor Broward (Brad Dourif).

The Control Group is twisty and often brilliant even if the look of the film isn’t always perfect. But all that doesn’t matter when the story is this damn good and interesting. This one is definitely worth checking out simply because of its entertaining and uniquely crafted premise.

The Control Group is now out on VOD and DVD (through Wild Eye Releasing).

Jim Hansen and Jeffery Self INTERVIEW For Their New Film You’re Killing Me
March 3, 2016