An exceptionally prolonged life brings depression and a detachment. Jack (Rollins) buys stolen blood from a hospital intern, plays bingo daily, sleeps fourteen hours a day,
watches television six hours a day, and lives alone. This is his life and he has shelled himself away from social interactions. The fuse is lit when Jack’s past comes back
to rattle him. Jack must now walk the tight rope of sobriety and try to eat as few people as possible in this violent tale of personal responsibility and self worth . As
it turns out, there are very few reasons to live when you can’t die.

After a successful world premiere at SXSW, He Never Dies is currently looking at a theatrical release. The film looks to be great, especially after watching the clip that was released on Fangoria not too long ago. Rollins is a great choice to play the lead character, Jack. His intense, intimidating demeanor leads the audience to expect a certain performance from him. From our understanding, the film take a subtle humorous turn which sounds delightful. There is nothing better in a cannibal movie than light humor.

Even though He Never Died isn’t specifically about the violence, Krawczyk makes sure that there is enough blood and gore to satisfy even its most disturbed viewers. The film seems to take on a more noir crime drama vibe than it would as a straight horror film, but with Rollins as the star, it is better to give him the opportunity to let his incredible talents shine through.

Rollins is also starring in Mike Mendez’s new film The Last Heist, which co-stars fellow WAIH members Ace Marrero, Camilla Jackson, and the amazing Kristina Klebe. Both films are slated for release sometime in 2016, but until then we just have a few clips to keep us distracted 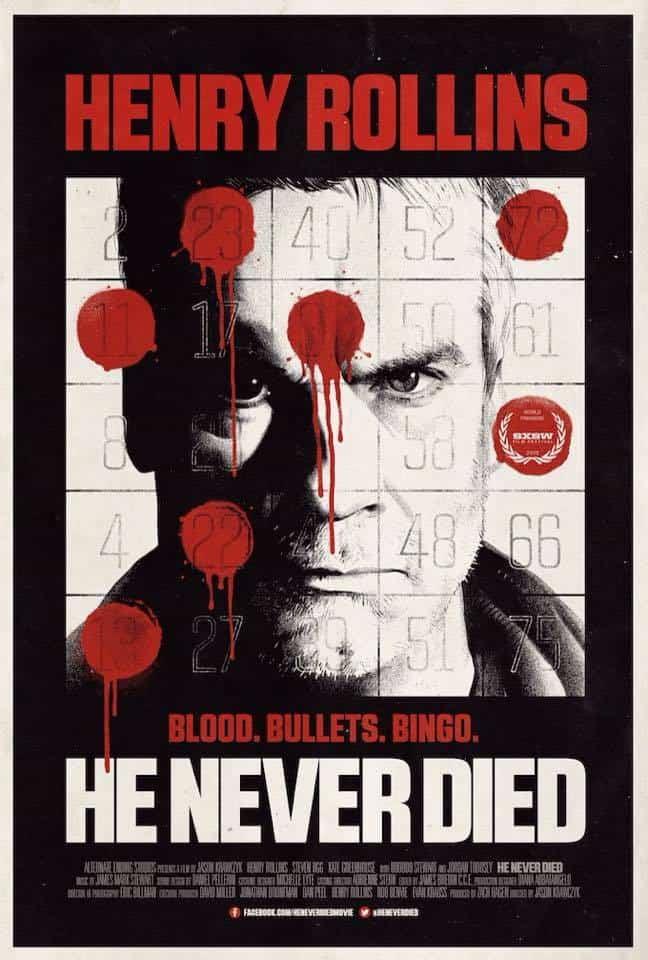