Charles Manson elicits no introduction from me in this writing. However, it is not because I don’t believe he deserves one, but only because he seems to be a familiarly dark staple in American pop-culture. Manson has somehow managed to weasel himself into the pantheon of cultural icons the likes of Elvis Presley, The Beatles, or Marilyn Monroe. It’s strange that a person so reviled, holds such a mesmerizing grip on the American consciousness.

Hence, Manson gets no elaborate introduction (although, I inadvertently gave him a brief one just now), but if an introduction and history is what you seek then you can simply sit down and take a gander at House of Manson which more than covers Manson’s life and machinations. Written and directed by Brandon Slagle, the director of Dead Sea. Slagle takes an interested look at Charles Manson (played by Ryan Kiser), focusing on the person and his ideological tendencies taking us on a journey through the swinging 60s all the way through the death of the Peace and Love Era, with the Tate-LaBianca murders. 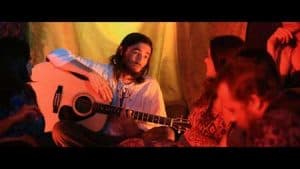 The film focuses on the life of Charles Manson, recalling his past as a troubled child, one who would end caught up in a perpetual quagmire within the law. As a “prophet” to the outcasts and hippies of the 60s, and his subsequent followers in the Manson Family, Manson seems to find the home and family that he has been searching for as the leader of the cult. We get a glimpse at not just Manson’s life, but his ideology as well, most famously, “Helter Skelter” his so-called inevitable race war that was supposed to germinate from the Tate-LaBianca murders, illustrating Manson’s influence.

Instead of focusing on the horrendous crimes, Slagle directs his focus to the person in this sprawling and epic bio-pic. Slagle peels the layers of a seemingly normal man and his deranged ideology, revealing the complications of a troubled mind. The film seeks for a quasi-psychoanalysis of the figure, placing clues from his life as possible reasons for Manson’s behavior and thought. The film allows a window into the life of Manson– a panoramic view of the man’s life– connecting the dots and allowing the viewer to decide where it all went wrong for him. 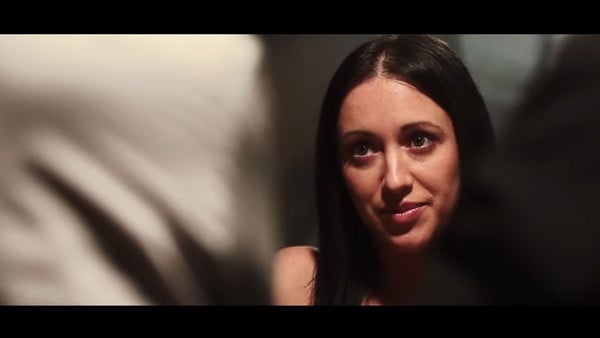 House of Manson, is an interesting foray into one of America’s most notorious criminals and fans of the subject will undoubtedly be pleased. Despite our prior knowledge of the infamous murders, the killings manage to be unnerving and visceral, and Slagle depicts them with unrelenting accuracy and ferocity. The film’s climax exposes the power of influence and the horrendous indifference and brutality in the crimes that shocked the world.

House of Manson is currently available on iTunes in the UK. We Are Indie Horror will keep you updated on a US release soon.

“Hellraiser: The Scarlet Box” Is A Must Have For All Hellraiser Fans
September 29, 2015
SXSW: A Guide To Horror Features At South By Southwest 2016
February 11, 2016
WAIH TV At The Helen Keller Vs Nightwolves Premiere
September 21, 2015