When things go awry, especially a heist, or any crime involving monetary gain, it is best to involve the least amount of accomplices as possible. If the opportunity ever arises, or you’re looking for a new career, I recommend one go into criminality as a solo act. In Blood Money, five friends who hide out in an empty summer home in France are about to find out about these high-risk entanglements when their art robbery goes south.

After the aforementioned botched robbery five Brits attempt to keep things collected while they let the manhunt cool down. The plan was supposed to be an easy in-and-out with no casualties. Now, one of their own is dead and the group must lay low for the time being. Although the remote location offers solace from the law, it doesn’t do much for the group dynamic, which at the beginning of the film is being challenged by the elephant in the room: who is going to keep the dead man’s cut of the cash once the art is sold?

Beyond financial greed and anxiety their close proximity isn’t boding well as paranoia begins to set in and love affairs are re-ignited, inciting jealousy and mistrust within the group. Then mysterious things begin to happen, like the disappearance of the dead body, which leads members of the group to question each other’s real motives and intentions. Things grow more and more tense and deteriorate as time passes, begging the question, what will be their breaking point? 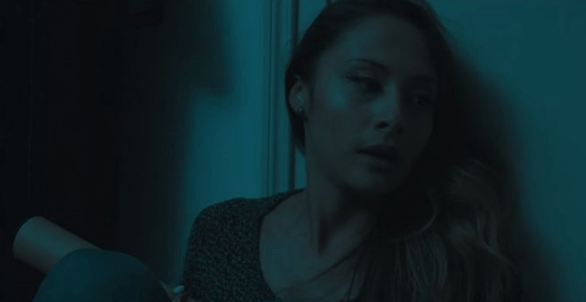 Blood Money is a taut thriller set in a classic whodunnit setting that creates a sense of claustrophobia and mistrust at every turn; and this is all director Luke White’s doing. He never lets up in this slow-burning thriller, and is a film that benefits from its pacing– methodical and slow-crawling. Despite its paced and deliberate execution the film ends up in an exciting conclusion as tensions heighten in a well executed denouement. Blood Money plays like a cross between Shallow Grave and Reservoir Dogs with the spirit of an Agatha Christie story; compelling from beginning to end.

The film is produced by Porthos Films (shot on location in Normandie, France) and written by Emmy award winner Rosy Deacon and produced by twin brothers Ed and Luke White, with the latter serving as director.

Review: ‘House of Manson’ is a Fascinating and Visceral Biopic
January 29, 2016