Animated movies are not usually associated with the horror genre. When they are, people think of The Corpse Bride and other Tim Burton and Henry Selick classics. When an R-rated surreal bloody mess of an animation is said to be released, We Are Indie Horror jumps all over it. We had the opportunity to experience a film like none other and even 24 hours later, we cannot shake ScreamerClauz‘s latest trip When Black Birds Fly.

The story of When Black Birds Fly is as follows: 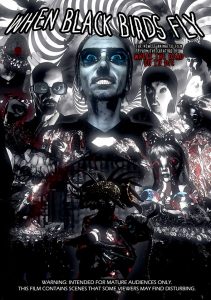 Heaven is a beautiful, clean suburban paradise. Every block is populated by lush trees and lovely row homes. People are free to roam and do whatever they please, as long as they follow one simple rule: DO NOT communicate with “The Evil One” that dwells on the other side of a giant wall that circles the town, which is under 24 hour surveillance by a team of soldiers wearing gas masks. The ruler of the town is a man named Caine, who plasters images of himself all around town, insisting that his citizens trust and love him. A small child becomes obsessed with the seemingly increasing flocks of black birds that populate the town. One day after chasing one he discovers a talking kitten with a broken leg, who begs Marius and his classmate Eden to crawl through a hole in the wall to help her. The kids decide to do it and she repays them by introducing them to a brightly colored fruit that grows wildly on the other side of the wall. After consuming it the kitten brings them to meet the Evil One, who attempts to teach them the forbidden knowledge that Caine is hiding from them all.

Although the lengthy synopsis, not a single pilot point is truly given away. Voices are being contributed byJ.D. Brown, Brandon Slagle, and WAIH friend and Scream Queen Devanny Pinn as “The Evil One”.

Visually the film is a feat. Although not for everyone, the bizarre animation and the constant attack of colors did not send us away. We Are Indie Horror are fans of artists like Alex Grey. For those who are unaware of his artwork, let’s just say it is strange, off-putting, provocative, and beautiful all at the same time. The same can be said for When Black Birds Fly. Extraordinary colors and straight up terrifying visuals allow for the film to be a unique experience that will force the coldest of critics to react. At first the audience is thrusted into a black and white world, ruled by order and a man named Caine who calls his world Heaven. When the audience is introduced into the other side of the the wall, the visuals get out of control in all the best ways. Colors bleed across the screen and dance in the background allowing your eyes to never focus on one point. The story is being told around the characters through the colors intensities. Those who have seen Richard Linklater’s Waking Life have a basic idea of what to expect. The intense visuals are purposeful in allowing the audience to feel the sensory overload that the main characters are experiencing. 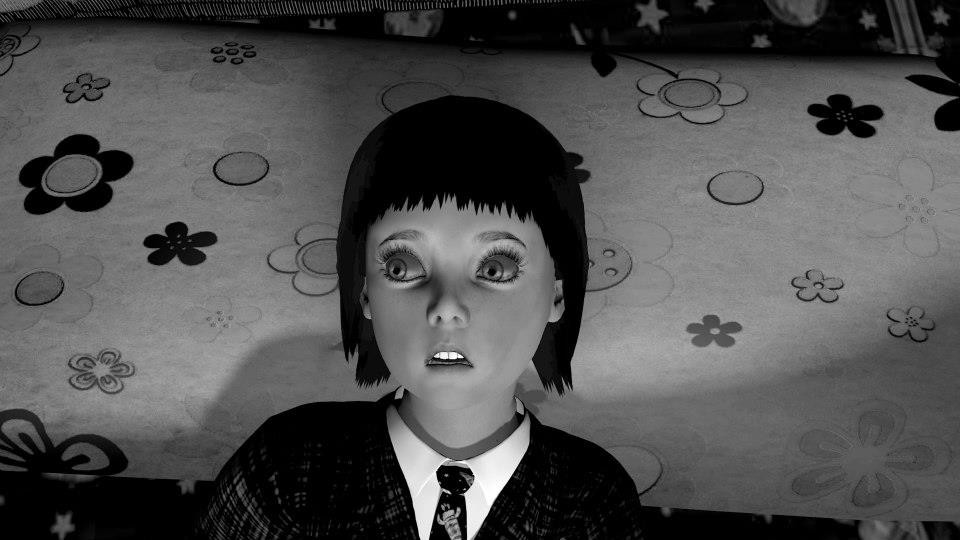 The commentary present throughout the film allows it to arise past an overwhelming visual experience. As in Pleasantville the characters are raised in a town that is in black and white for the “good of the citizens”. Looking past the obvious, the posters around town and minor subtleties to the way the government is ran mirror that of our own soil here in the United States and even around the world. When the characters disobey the orders of all the elders and pass over the wall, the world is colorful and the characters are helpful. The so called “Evil One” knows and shares the truth. The entire experience is a commentary on what we as citizens of the world are told and how the general masses need to open their eyes, their hearts, and the their minds if they want to seek the truth about how the leaders of the world present themselves.

Call it existential, “trippy”, weird, strange, or whatever you may like but there is no denying the artwork of ScreamerClauz succeeds in transporting his audience to another dimension. His latest film, When Black Birds Fly is a visceral experience like none other leaving the audience feel not right in all the right ways. Films like this are not meant for everyone and that is okay but as an appreciative member of the horror art world, When Black Birds Fly is absolutely worth the watch. Find the right time, the right place, and potentially the right otherworldly substances which could very well enhance the viewing experience of a film like this and strap yourself in for the ride of a lifetime. 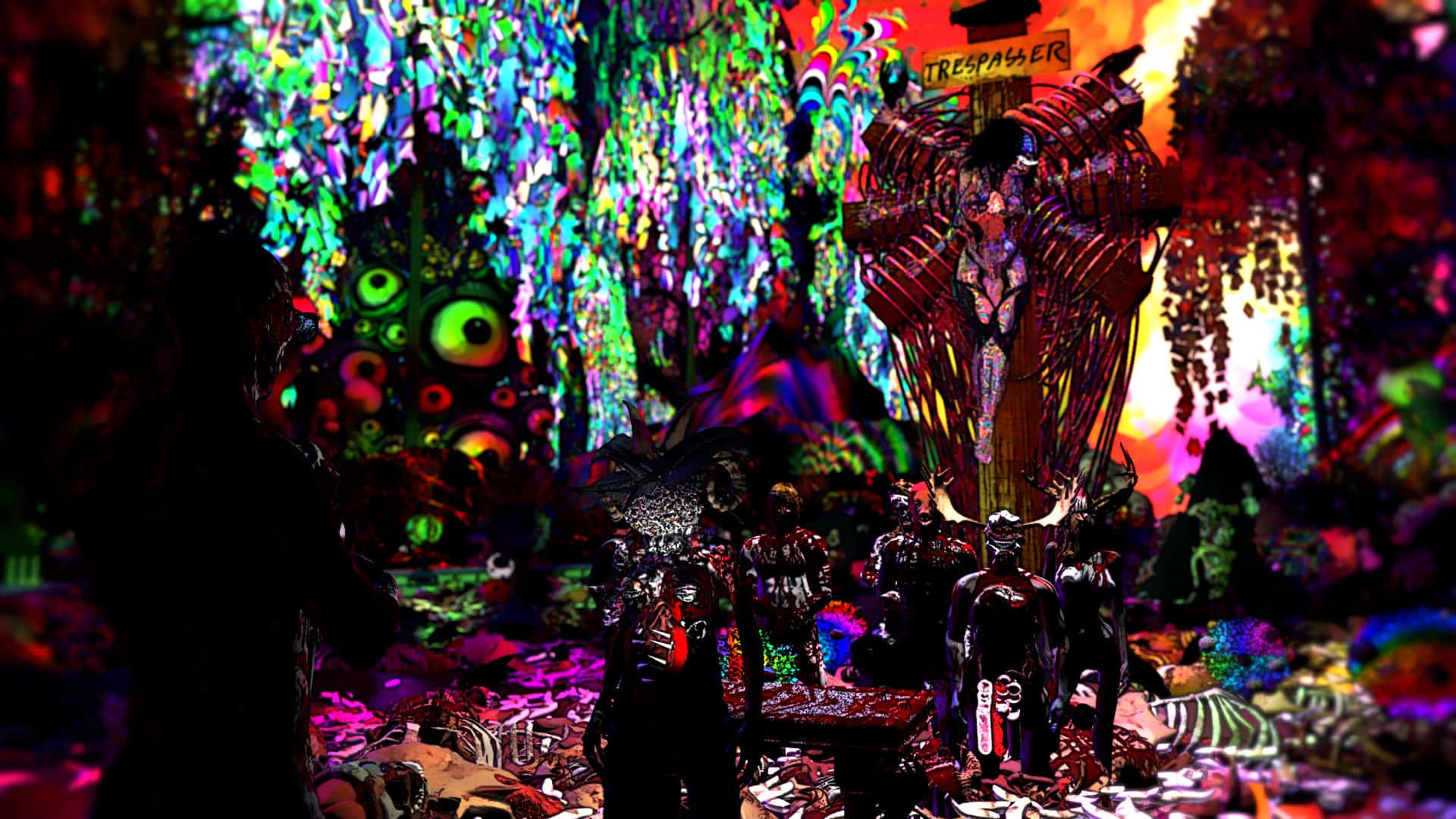 When Black Birds Fly is currently available on DVD by clicking HERE. Or you can view the film digitally through YouTube or Google Play If you are looking to catch the film in a festival check it out on January 31st in Copenhagen, Denmark at the VOID – International Animation Film Festival or at the Atlanta, Georgia’s Days Of The Dead on February 5th at midnight!