We all know him as the infamous Jason Voorhees from Friday the 13th Part VII through Jason X but Kane Hodder stars in a new film as a vicious ghost who’s past falls into the category of adult entertainment as a pimp. The Haunting of Alice D looks to take the ghost story and bump it up a notch and having Hodder on board can only mean good things for the feature.

Actress turned Director, Jessica Sonneborn, makes her feature film directorial debut with the upcoming The Haunting of Alice D. Jessica has many acting credits spanning over the past ten years taking her from TV series to Films spanning multiple genres. But looking at her credits it is clear she is comfortable within our favorite genre, horror. Alice D has a slew of stars with Jessica being one of them and presents a classic haunted house story. The official synopsis is as follows: 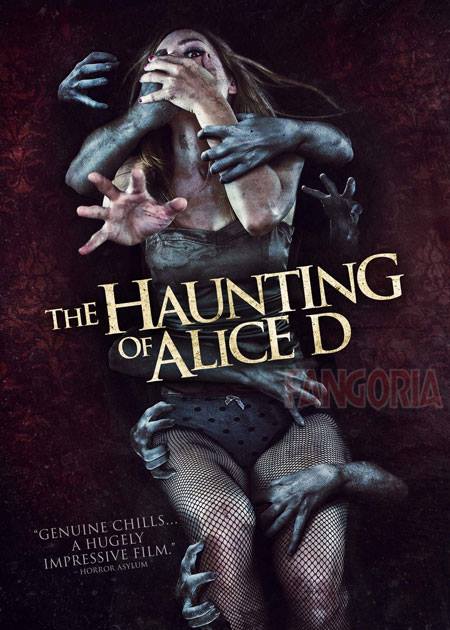 In the early 1900’s the Davenport House was a famous brothel, until a young woman named Alice died there. One hundred years later, it is still rumored to inhabit the ghost of Alice. The new owner is in store for a thrilling and wild party during his first night at the house.

Alongside Jessica and Hodder we will see WWE Hardcore legend Al Snow return to acting as Hodder’s Henchman. The cast is rounded out by Juan Riedinger, Megan Hensley, Aaron Massey, and Kristina Page as the title character Alice.

The Haunting Of Alice D was originally released back in
2014 within the horror film festival circuit. Throughout it’s run through festivals it won multiple awards which include the IFS Best Horror Movie, Best Feature at the Rhode Island International Horror Film Festival, and Best Horror Film at the Shawna Shay Film Festival. During the 2014 Wild Rose Film Festival, The Haunting of Alice D. received multiple distinctive achievement awards for Dramatic Feature Film, Visual Effects, Costumes and it won Best Hair/Makeup to round out its sweeping victory.

Thanks to RLJ Entertainment horror fans will be able to catch this film on home release come May 3rd. Will you be checking out the latest from the infamous monster actor Kane Hodder or do you feel this is one to skip? Let us know in the comments We Are Indie Horror is looking forward to checking this one out. In the meantime check out the trailer and some photos below.