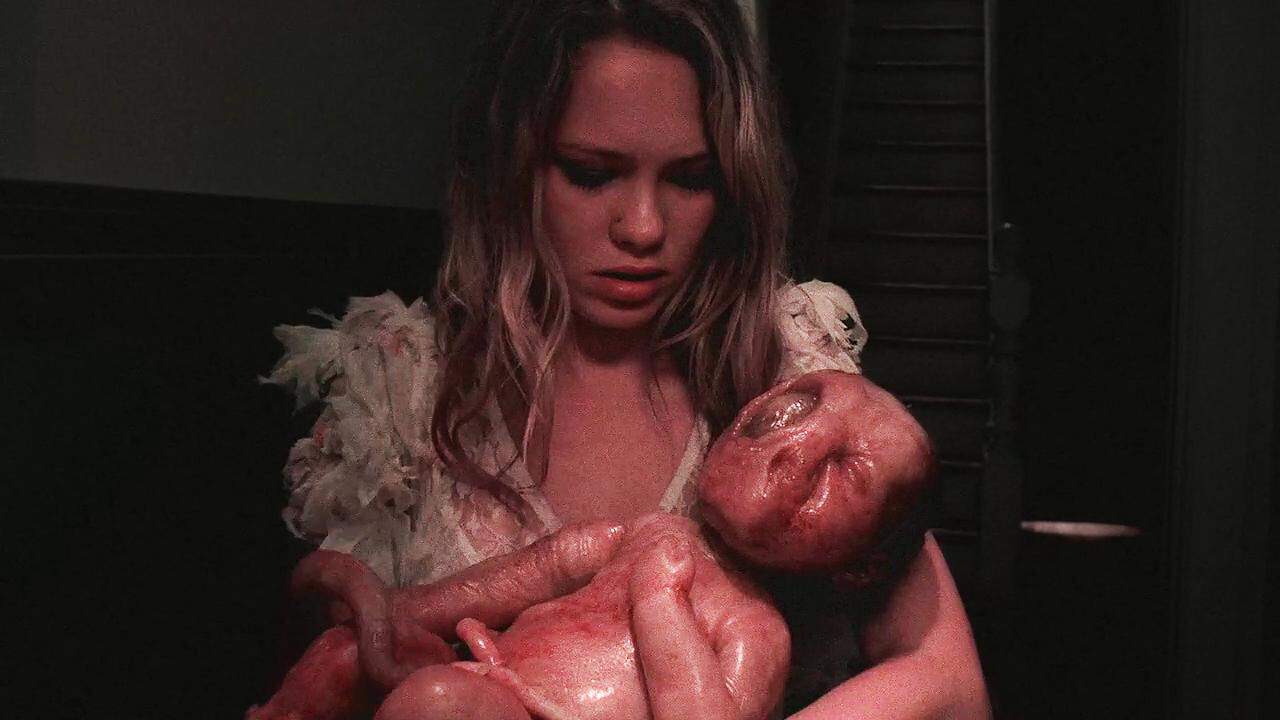 The latest film from director Bruce McDonald of Pontypool fame, Hellions was given a new trailer today. Check out this Halloween-centric trailer below.

A teenager’s Halloween night turns into a terrifying fight to survive when trick-or-treaters from Hell show up at her doorstep. After getting the unwelcome news that she’s pregnant, seventeen-year-old Dora (Chloe Rose) just wants to stay in on Halloween. But then a knock at the door delivers a gaggle of pint-sized demons after one thing: Dora’s baby.

This Canadian film has been making its way through the festival circuit, even with a screening at Sundance and getting very positive reviews. If it is anything like Pontypool, where it takes a very classic tale and style and revives it into something original, this film should be a total treat for all horror fans alike. It has been described as a hallucinatory visual and auditory assault that propels to realms of disturbing terror.

The film is being released by IFC Midnight. With a wide release on September 18, 2015.