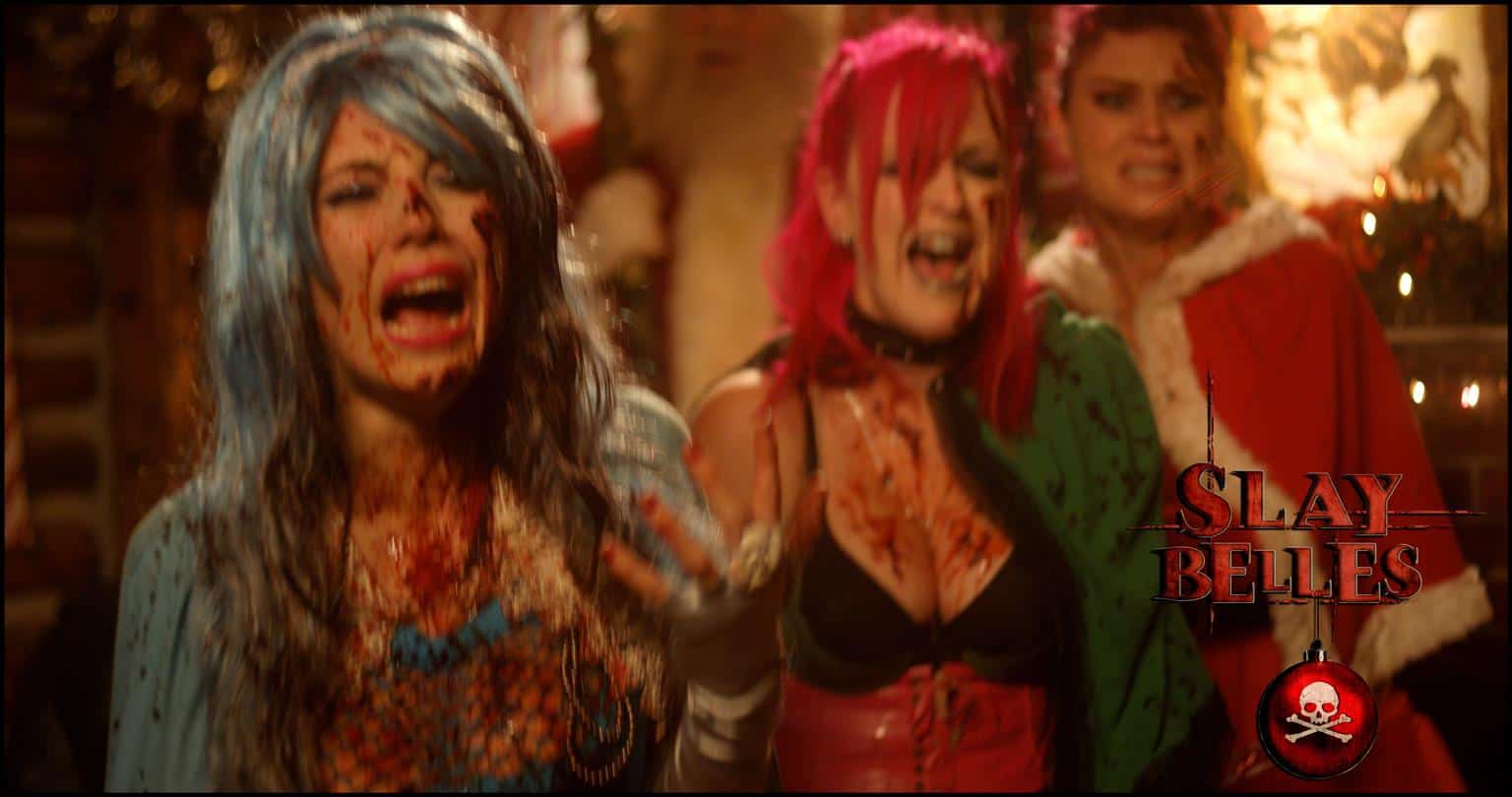 Slay Belles take place in an abandoned holiday theme park, where three “hot” girls help Santa Clause (Bostwick) defeat the evil Krampus. This hilarious horror flick was funded partly through Indiegogo, and has been an awaited arrival for We Are Indie Horror for quite some time now. Spooky has appeared on It Came From Cand’s Lab! as the season one finale in which he talks about the film.

Yes, that is Barry Bostwick as a motorcycle riding, bandana wearing “badass” Santa Clause. We know you did not ask for this under your tree, but you have to admit it is one of the best holiday treats anyone could ask for. Working with Barry Bostwick is a dream of any horror fan and working with the “Bousman Circus” surely comes with it’s perks. 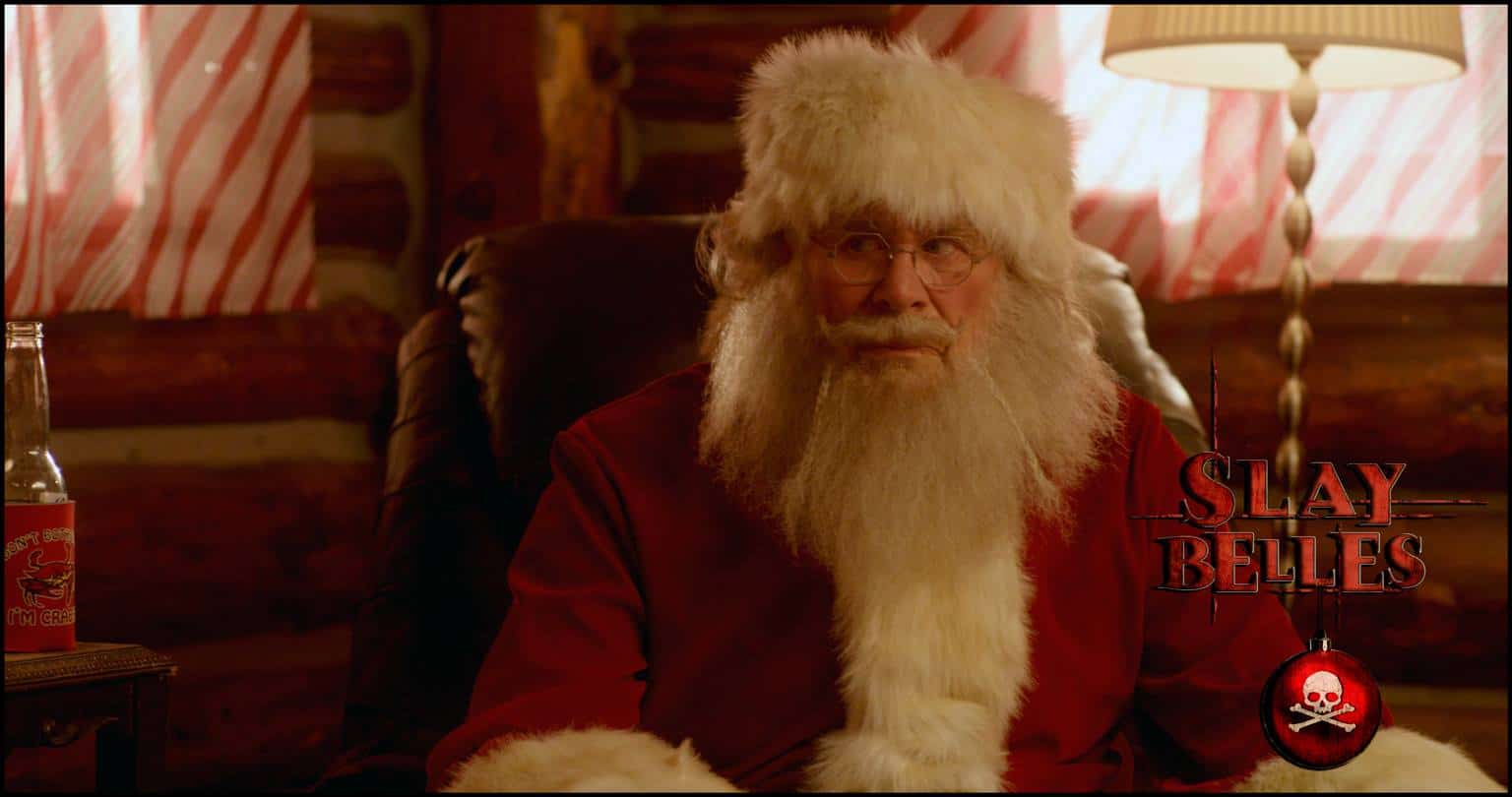 How did Spooky Dan manage to fall into the “Bousman Circus”? It is a simple answer which is a lesson needed to be learned by indie filmmakers across the world. Spooky Dan is one of the kindest people in the industry. Anyone who has met  and had a conversation with him will tell you the exact same thing. Kindness in such a cut throat industry sometimes shows weakness but within the horror genre it will let you go far. The popular saying that people believe about hollywood is “It’s not what you know, but who you know.” That sentiment is only half right. How it truly goes is “It’s not who you know, it’s who knows you.”  Although most of the indie horror world is friendly, the cold honest truth is that support and work with their friends and like any business it is usually people they trust and respect. Building up that kind of trust is essential in this ever changing world.

People in the industry have noticed Spooky Dan and understand he is one of the kindest and hardest working people out there. Traveling around Los Angeles and running into fellow horror fiends, always ends up with a common connection with Spooky. He has mad a lasting impression with everyone he meets through being genuine. When Spooky needed the cash for Slay Belles, he had a meeting with Darren Lynn Bousman. Since Repo! The Genetic Opera, Spooky has been a part of every film Darren has created. If Bousman was not familiar with Spooky and his diligence, the meeting would have been over before the appetizer hit the table. Spooky Dan is the kind of guy you want and need to work with. He has made an incredible name for himself which has allowed the “Bousman Circus” to help support his newest feature.

Spooky Dan‘s years of hard work and friendliness has led him to be able to make his first feature film. And judging by the trailer, a great first feature film it will be. Be sure to follow Spooky Dan Walker and Slay Belles on all social media. As for a specific release, We Are Indie Horror has not received any news yet, but know that we will let you know as soon as we do. Hopefully that news comes sooner rather than later. 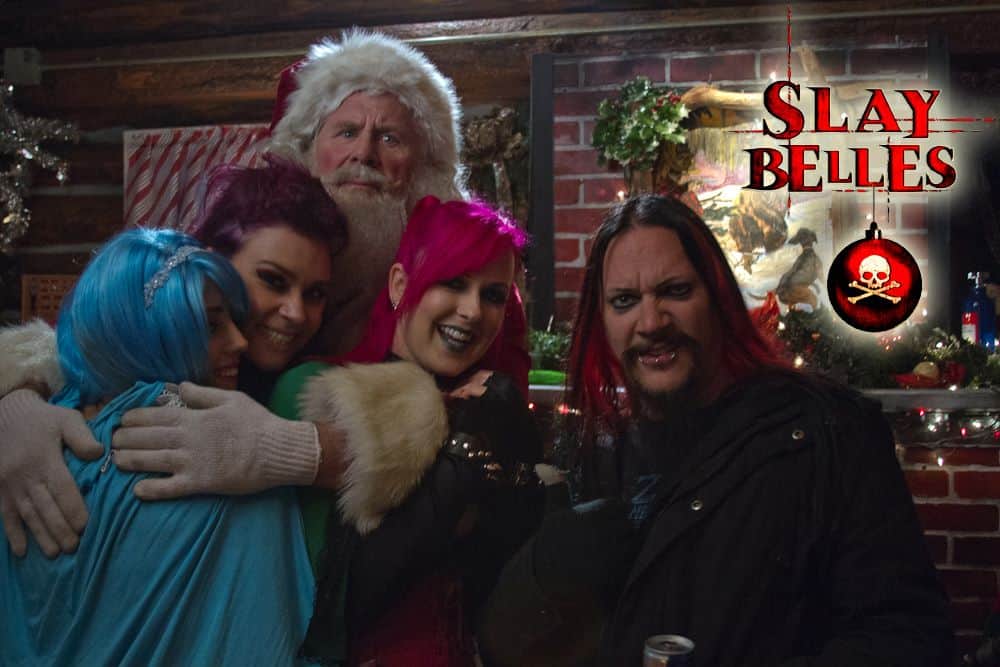