From director, Jared Cohn (Hulk Blood Tapes and Buddy Hutchins), Little Dead Rotting Hood, the newest from famed low-budget horror house The Asylum, the ubiquitous masterminds behind the Sharknado franchise, is perhaps one of the coolest fairy-tale updates, and lycan movies I have stumbled upon in quite some time. Being the sucker that I am for ferocious furballs, it is no surprise that I found enjoyment in this bloody movie. 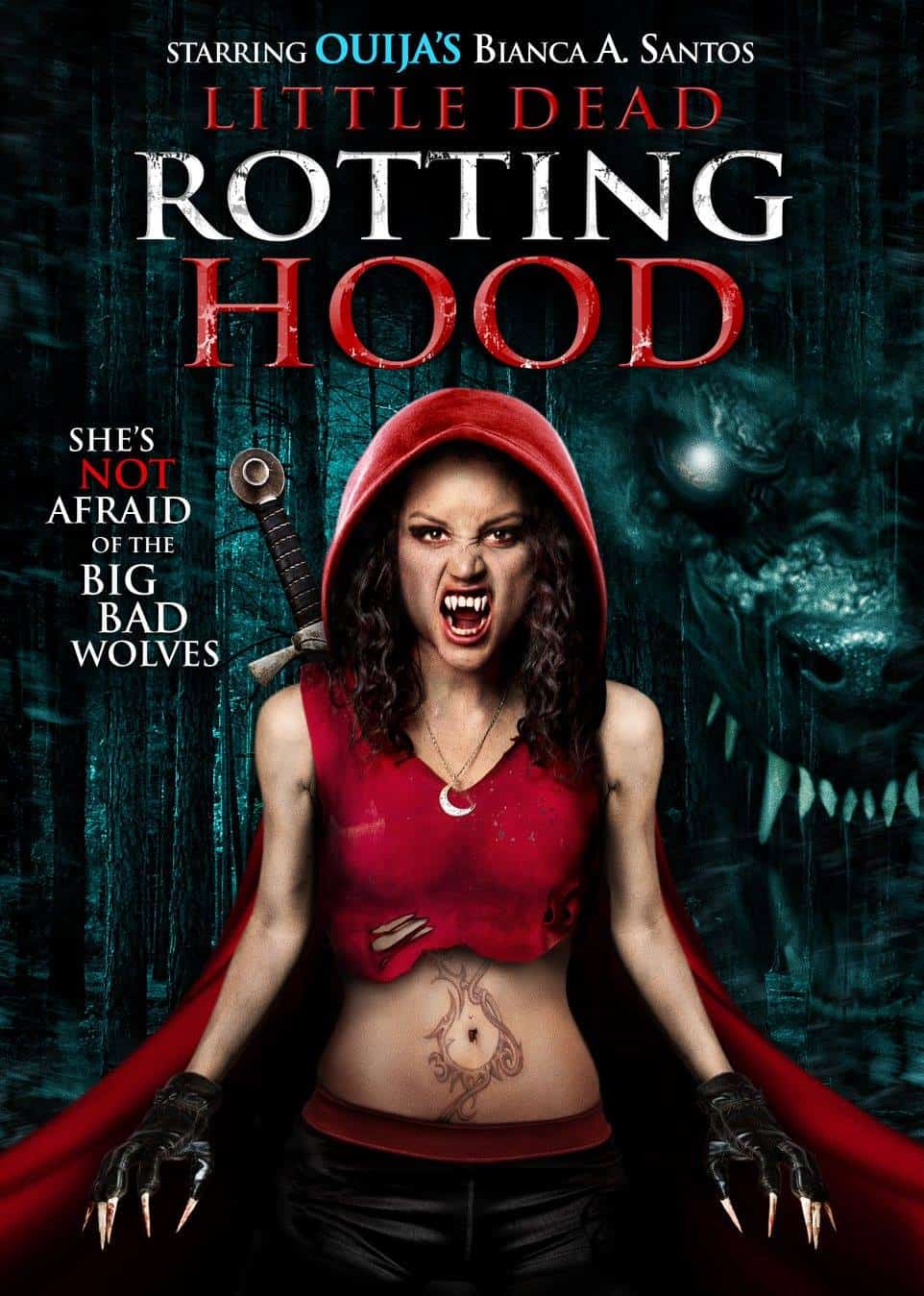 The story revolves around a small-town community, shaken by the sJauicide of a local woman, Esmeralda Winfield (Marina Sirtis), and the mysterious whereabouts of her granddaughter Samantha (Bianca A. Santos). As we see in the film’s prologue, Sam is buried by her grandmother in the deep dark forest where she was attacked by wolves, which have been restless and violent as of recent attacking innocents with vicious ferocity. Of course, the town doesn’t know about Sam’s untimely demise.

Nevertheless, Sam’s haphazard and unmarked grave is accompanied, strangely enough, by a red cape and sword (for later use). Her untimely, and early death however, is not the the final bell toll for Samantha, as she will rise as the titular Red Rotting Hood and save the town from more than just wolves, in a conspiracy that goes beyond the wolves themselves.

Little Dead Rotting Hood, is about as entertaining as low-budget films get! Along, with some of the coolest looking werewolves– never thought someone could bring creativity in designing a hulking werewolf, unlike any I’ve seen before– and a pretty unique zombie-esque angle, this film works as a fun and entertaining movie, packing enough action and bloody wolf attacks to keep any horror aficionado interested.

The story manages to be both cool and refreshing, taking the classic character from “Little Red Riding Hood” lore and completely transforming it into something its own. Little Dead Rotting Hood, takes almost nothing from the classic story, simply keeping the character and the lycan aspect for its own usage, and doing something fun and off-the-wall, which is something seldom seen in reboots, remakes, or reimaginings.

You can check out Little Dead Rotting Hood on Itunes and Amazon Video, out now.