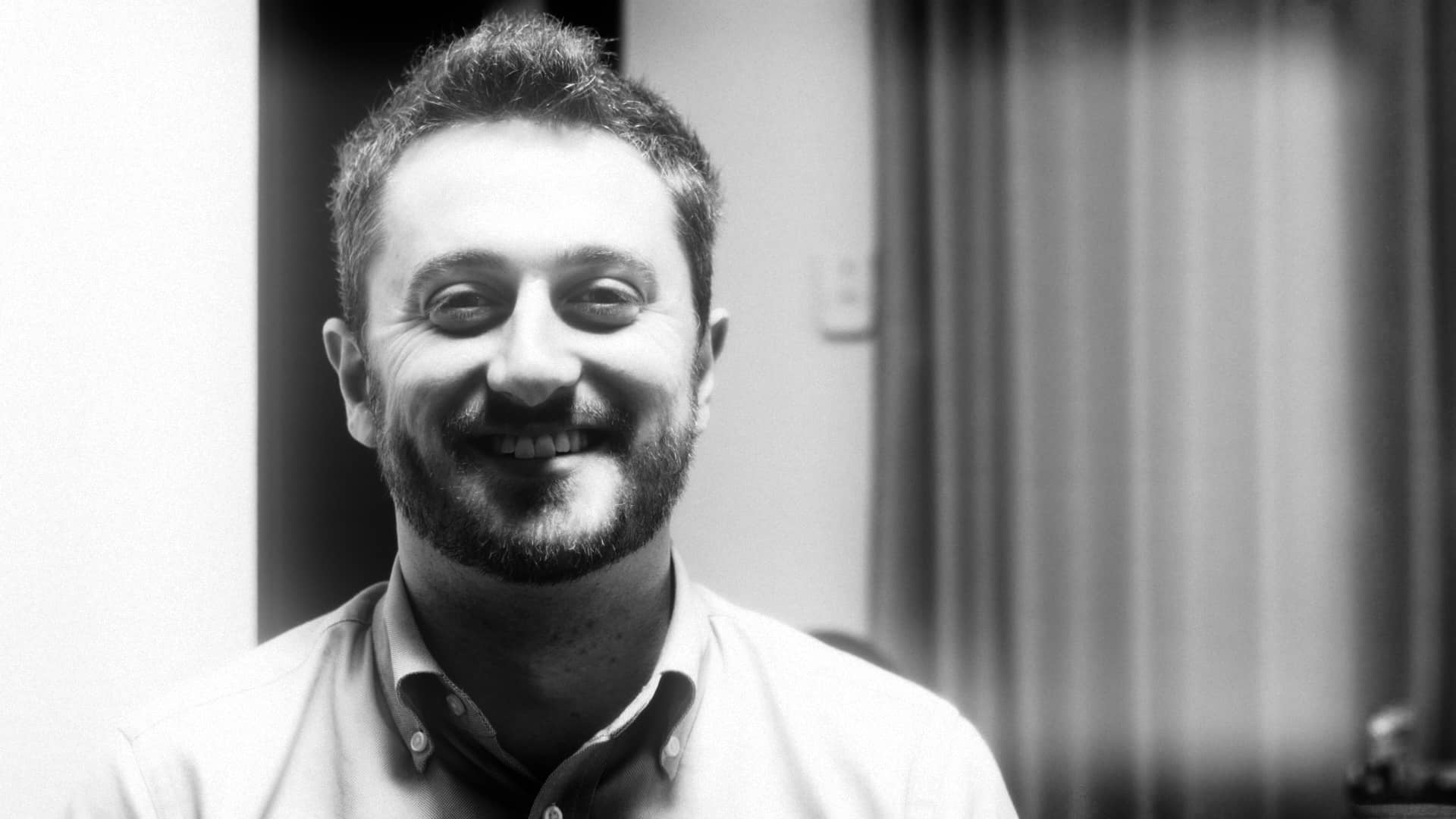 Today’s Community Checkin comes from an Australian Fear Maker across the Atlantic ocean currently residing in Osaka, Japan. Hamish Downie, the head of Visceral Psyche Films(www.visceralpsyche.com/) and the producer of the beautiful and terrifying short by Paul Lemming Silent Hill: Stolen Heart; is incredibly busy making his imagination come to life. Hamish is one of the Fear Makers who can cross genres with such ease, as in his beautiful tear inducing World War II short An American Piano. At the heart of all his work, you will always find some sense of horror.

An American Piano, although by no means would it be considered a horror, that particular time in Japan was incredibly terrifying for those people and the American soldiers stationed over there. An American Piano toured the world from festival to festival and We Are Indie Horror was lucky enough to see it in Los Angeles, where we met the star of the short, future featured Fear Maker, and WAIH supporter Adam Yeend

Since both of those wonderful shorts, Hamish has been busy fusing elements of horror into other forms of visual mediums. Hamish has taken a nightmare story from his personal history and has turned it into a stunningly shot and edited music video for the song “The Last Time” by Australian artist Robyn Loau. The song and the video are dichotomies of each other, where the music itself is in the major key and feels almost like pop music, and Hamish’s video visually and content wise are the exact opposite. The music video can be seen down below.

To put the story simply without giving too much away, “The Last Time” is about a lesbian couple who are both trapped in their past, and in a toxic abusive relationship. Hamish compares it to a personal hell/purgatory told with a surrealist, almost David Lynchian, vibe. To help create the eeriness of the story, he shot the music video in the same location as Silent Hill: Stolen Heart but instead of just using the hallway, more of the location was explored.

Although horror is a universal language throughout the world, Japanese culture really focuses on the fear of their past; hence most of their scary stories being about ghost. This music video is not an exception. Using a simple Kabuki masks to hide true feeling is a great example of using history as a tool of doubt, worry, and unease.

For this Community Checkin; Hamish has been very kind to send over a behind the scenes story and some photos for your viewing pleasure. Following the music video, you can see this story told in Hamish’s own words and all the behind the scenes photos. Without further ado; we present to you Hamish Downie and “The Last Time” by Robyn Loau.

As we were finishing the exhausting shoot we realised that there was one scene we’d forgotten to do. Normally this would be a simple task, but as we were shooting in a ghost-town in the mountains (with no electricity), we basically only had about 20 minutes of light left. We climbed back into the boarded up house and finished the shoot, but by the time we got back to the car, night had fallen. So, we were driving back down this (and I know it sounds cliche) dark and winding road – with only the headlights of the car to guide us. We were all talking and laughing about how we would get trapped in the ghost world and never return to the real world – because it was just such a cliche moment in horror. We got to the tunnel (which serves as the only entrance and exit to this town – also without electricity), and at the other end of the long tunnel, there was another car with their headlights on high beam. We tried flashing our lights, but the car wouldn’t move. Then, an old man in overalls approached us, saying in Japanese, “I’m lost. Can you help me find my truck?” We guided him down the tunnel, moving the car slowly. Because the head beams of the other car were so bright, all we could see were the old man, and the light. I think it’s safe to say, we all thought that we were going to be murdered or worse. But, as you’ve probably guessed the lights belonged to his truck. He got back into his truck, and drove off. We later contacted the police, as we thought he might have been getting dementia and was returning to his old workplace in the mines (the ghost town was a mining town).