Featured FearMaker for the week of Halloween was chosen with precision. We Are Indie Horror made sure that this featured FearMaker encompasses Halloween and believes in the independent spirit. It took us a while to find him, but believe us when we say we’ve been looking for quite some time. Jon Schnitzer has some of the most passion for all things horror, Halloween, and independence. If you could not tell from his Featured FearMaker article, then let us explain his upcoming documentary; Haunters

HAUNTERS The Movie is a documentary about the visionaries who create some of today’s most controversial interactive horror attractions and what the increasing demand for “full contact” extreme experiences tells us about society and the psychology of scaring people. 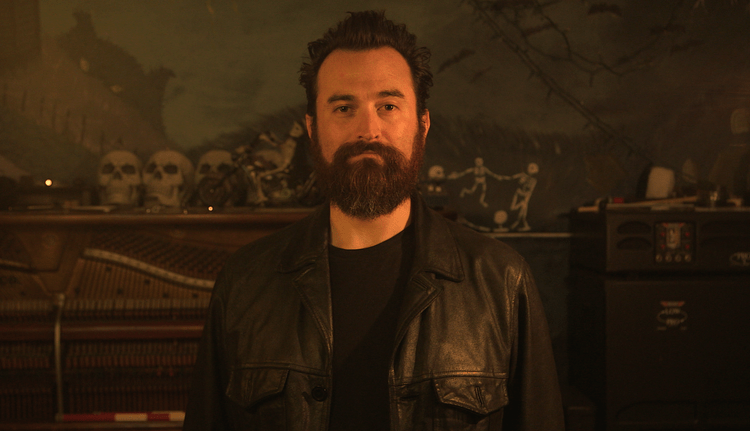 Jon has spent the better part of the last 2 years traveling the country with a camera and finding some of the greatest and most unique haunt experiences. He has compiled over 200 hours worth of footage of different haunts being made, the people involved, and unsuspecting guests running through them. All of this steamed from his love for Halloween and experiencing fear or the release of fear in a visceral way. Haunters breaks down haunts into three different sub categories; traditional, interactive, and extreme.

Traditional explores the haunts that come to mind when the word haunted house is mentioned. Jon explores traditional haunts across the United States including the Burbank home haunt Rotton Apple 907, 82-room 45-minute experience Reign of Terror, and the most popular traditional haunts like Halloween Horror Nights. He takes a camera through the haunts as well as interviews the creators and directors of each particular event. One of the highlights in the film is chatting with long standing Hallowen Horror Nights creative director, John Murdy 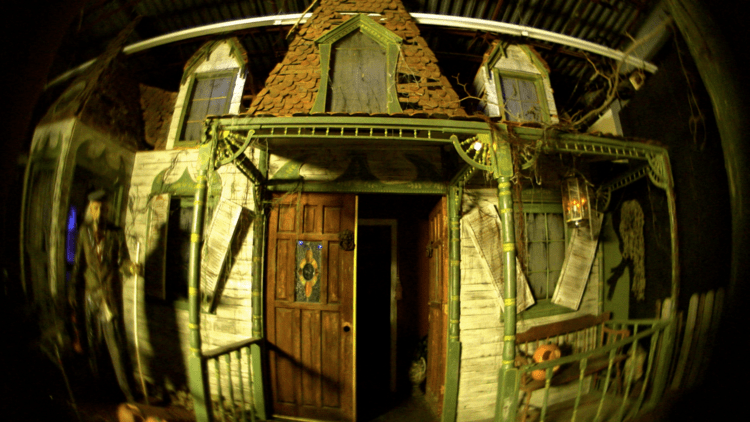 The next step in Haunts is interactive. In Haunters Jon explores a favorite of We Are Indie Horror’s. He gets an exclusive interview with Jon Braver and takes you inside the incredible experience of Delusion. The experience puts the audience inside of the horror film and forces you to run, search, crawl, and overall just interact with everything around while getting scared out of your mind. We experienced chills from watching the footage just remembering how incredible the experience was.

The last type of haunt Jon explores is extreme. This is the first documentary to ever explore the sub-culture of extreme haunts.  Examples of extreme haunts are Alone: An Existential Haunt (not in the film as of yet but one of Jon’s favorites),  Blackout and the incredibly intense and unpredictable experience McKamey Manor. Jon shared an experience with We Are Indie Horror about McKamey Manor. The events were so shocking and aggressive, although Jon was not going through it himself, he still had the urge to vomit while filming These kind of haunts allow for touching, licking, and can even verge on the boarder of torture. 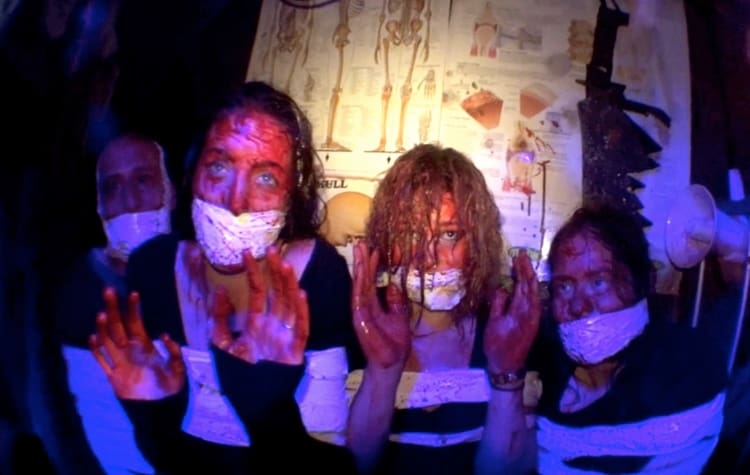 Jon and his team filmed hundreds of hours of behind-the-scenes and personal footage of professional and home-haunters, their families, the monsters, the fans who love them, horror icons, and scientists as they conduct an experiment to discover why we love to scare and be scared. 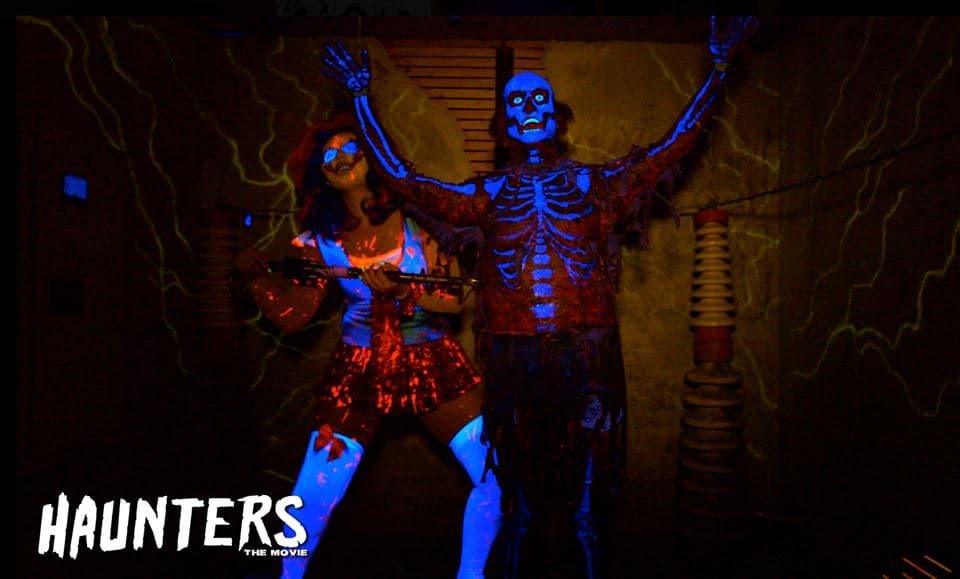 One of the most intelligent and interesting facets of the documentary is the exploration of psychology of fear. He was able to speak with scientists who were running experiments about what happens in the mind when people experience these kind of events. It dives incredibly deep with the explanation; it even takes a look at who the person is particularly with. Adding in the psychological aspect allows for Haunters to be a unique take on the haunt community.

Jon is currently in an extreme haunt of his own called post production with the documentary. We Are Indie Horror saw the first 38 minutes of an incredibly rough cut; which has since been changed according to Jon. But what we saw was some magnificent footage. We were so glued to the screen that 38 minutes flew by quicker than the shortest maze. The film is intriguing, engaging, and down right informative. Jon explores what it takes to be a scare actor and the strain on a marriage that running a haunt could be. Incredibly unexpected emotion from a film about haunts but warmly welcomed.

Although Jon’s crowdfunding campaign for Haunter’s has wrapped and was successful, unforeseen circumstances have placed him in a bit of a bind. No matter what the film will get made, but the documentary is a labor of love and passion. He is still raising money for the film which will go directly into legal fees, test screenings, additional editing, sound mixing, color correction, marketing and distribution of Haunters. To help out, you can join the V.I.P. Club for the film. In the V.I.P. Club you can get exclusive access to footage not in the film. For example, currently there is a clip up  exploring the creation of The Los Angeles Haunted Hayride and an exclusive interview with Hellevator creators and hosts The Soska Sisters 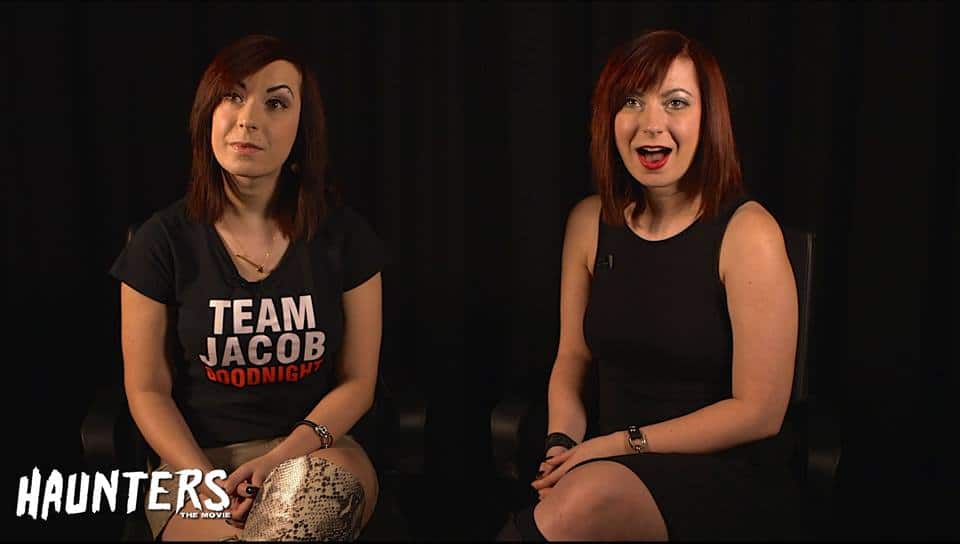 Exclusive V.I.P. Club Members Only Interview With The Soska Sisters

You should jump in on this opportunity to really explore a whole other side to the Halloween festivities all year round. There are two levels to the V.I.P. Club. The first level costs $60 and lands you access to everything in V.I.P. Club along with a copy of the movie upon release and a cool Haunters art shirt. The next level is the V.I.P. Fan Club at $95 to get everything previously mentioned and your name in the end credits. And remember all the money will be going to help finish and get this movie to bigger places including your television.

Do yourself a favor and check out the trailer for the film below. And as always be sure to head on over to the Facebook and the website to show all your support. Check out all the cool information and always spread the word if you can. We Are Indie Horror stands behind this project full force and cannot wait to see the finished film. Thank you to Jon for allowing We Are Indie Horror to have an exclusive look and allowing us to relive our favorite events in the entire year.

“The Marshall Family” Reveals Deep Family Secrets, Getting Ready To Find Funding
May 27, 2016