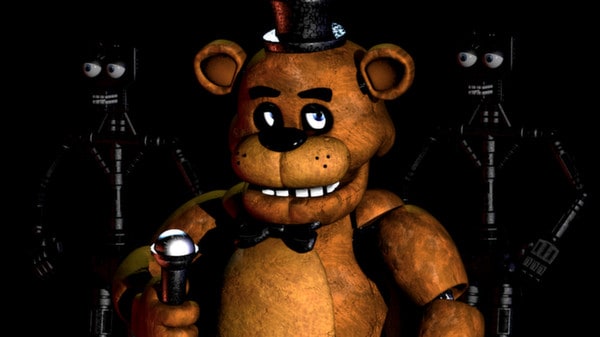 Just in time for the holidays, a new novel has reached the scene. Ahead of it’s December 22nd release date, Five Nights At Freddy’s: The Silver Eyes quietly became available via Amazon last week.

Five Nights At Freddy’s is an indie point and click horror survival game. Fans of the game know how terrifying it can be. For those in the dark, check it out right away. Designed by Scott Cawthon, the game centers around a fictional pizza restaurant called “Freddy’s Fazbear’s Pizza”. The player is hired as the new night security guard and now must defend themselves from the killer animatronic animal characters. Although not confirmed, We Are Indie Horror can only guess this idea was inspired by the creepy and most likely scarring animatronic creatures from the popular children’s pizza restaurant ChuckECheese. Honestly, what is creepier than those singing creatures which have eyes that follow every movement. As the night time security guard, the player survives by tracking the killer animals through the facility using security cameras.

Since it’s release back in August of 2014, Five Nights At Freddy’s has received generally positive reviews across the board.The game has already spawned four sequels for the franchise in just over a year. Each game get’s more intense and scarier. Five Nights At Freddy’s launched on Steam after a successful crowdsourcing campaign which allowed for the game to be available on Android and iOS as well.

As of last week, Scott Cawthon, has expanded the series into a different medium, a novel. Five Nights At Freddy’s: The Silver Eyes is a 466 page paperback book written by game creator Scott Cawthon and Kira Breed-Wrisley. The story of the novel is as follows: 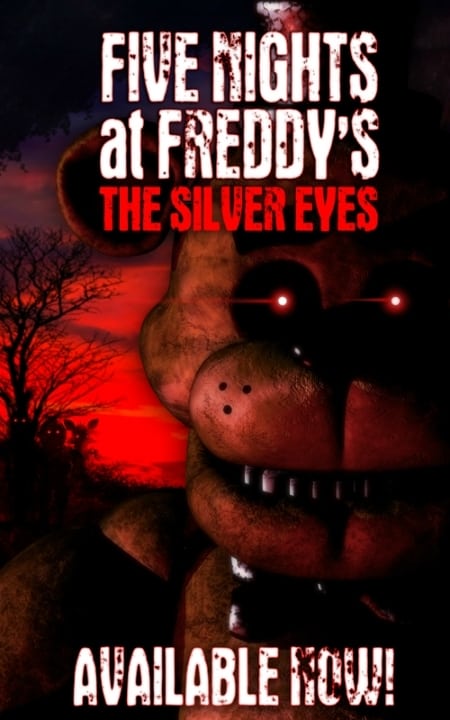 It’s been exactly ten years since the murders at Freddy Fazbear’s Pizza, and Charlotte (Charlie for short) has spent those ten years trying to forget. Her father was the owner of Freddy Fazbear’s Pizza and the creator of its four adult-sized animatronic animals, and now Charlie is returning to her hometown to reunite with her childhood friends on the anniversary of the tragedy that ripped their town apart. Curiosity leads Charlie and her friends back to the old pizza place, and they find it hidden and sealed, but still standing. They discover a way inside, but things are not as they once were: the four mascots that delighted and entertained them as children have changed. The animatronic animals have a dark secret, and a murderous agenda.

Five Night At Freddy’s: The Silver Eyes is already gaining incredibly positive reviews after a few days of release. Per reviews, the book dives deeper into the mythology of the wicked pizza parlor and the animatronic killers who roam it. Over the past year the game has puzzled many theorists as to why and who, but the new novel takes a nose dive into these mysteries and allows plenty of new information to help create the full world. Although it has been said that many theorists are being left with even more questions after their initial questions were answered. There are also theories surfacing all over the internet mentioning that the print media versions of Five Night At Freddy’s will be taking on a different timeline, an alternative universe, than the games offer.

To find out, you can check out Five Night At Freddy’s: The Silver Eyes on Amazon right now. Available in paperback for under $18 and on the kindle for only $2.99, pick up your copy today. Or why not use it as a gift for that scary video game lover on your list. With Prime shipping it is never too late.