The award-winning UK based horror photography studio, Horrify Me, has just completed a new set of images. The images are provocative and are worth the gander. They call this set, Lady Pinhead. Based off the acclaimed film and novel series by Clive Barker, Hellrasier, photographer Rick Jones captured incredible make-up and a phenomenal model who reached a life-long goal to be this character.

Model Lucifera was in the makeup chair for around six hours for the shoot. They hid her long hair under a rubber skull cap while they placed a grid on her face and head. The grid was used to attach 200 pins in a painstaking process to complete the transformation.  Lucifera has been modeling for several years in a variety of themes, including erotic and fetishwear. Like any horror fan she has a deep appreciation for Pinhead and modeling for this shoot was a dream for her. Credits go to photographer Rick Jones who also acted as the Makeup FX team on this photo experiment. He also handled the lighting which was precisely choose to recapture the feel of the original Hellraiser film poster. By utilizing a blue light, he was able to capture the cold and isolating feeling brought on by the original look. Other tools were gels, filters, and fog.

The Lady Pinhead piece acts as a companion to a shoot by Horrify Me from last year. Body painting artist Sarah Smith lent her talents to model Debbie Tolley for another Hellraiser inspired shoot where they recreated the skinned body that was Uncle Frank in the original series but with a beautiful female model. The installation itself was met with great praise including Clive Barker himself. 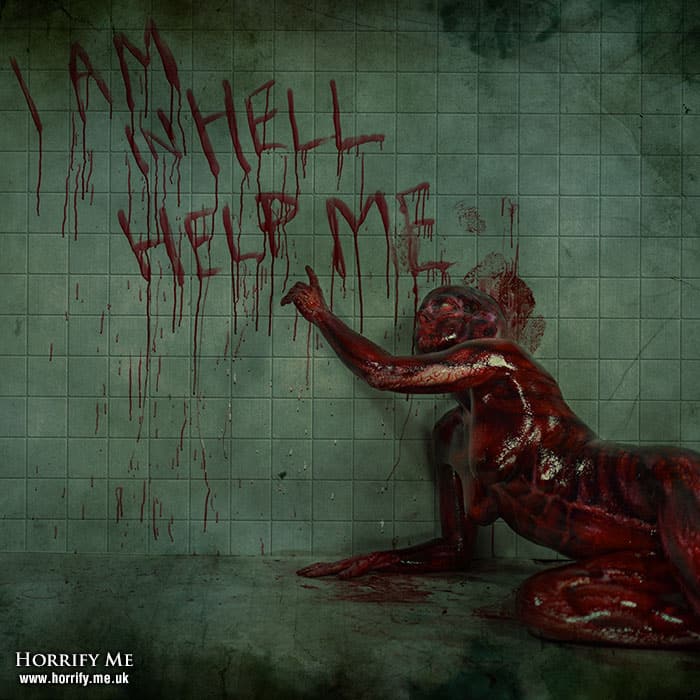 Horrify Me has been shooting horror photos since 2014 and has developed a huge following. Horrify Me‘s founder and lead artist / photographer Rick Jones loves to create horrific images, even some truly shocking ones. He works with his wife Claire in the Kent-based studio and together they have released some hugely popular shoots, among the biggest of which includes the Dawn of the Dead tribute, the Cannibal Holocaust impaled girl, Death and the Maiden, and the ultra-violent Joker and Harley. The latest Lady Pinhead shoot is proving to be every bit as popular among the creative team’s fan base. 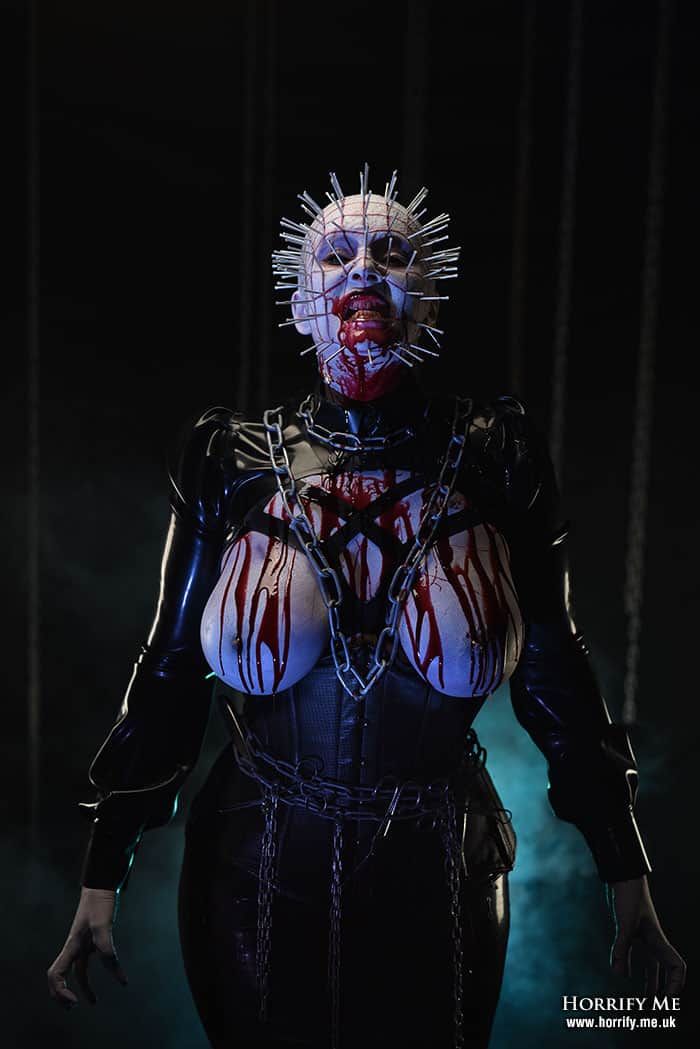 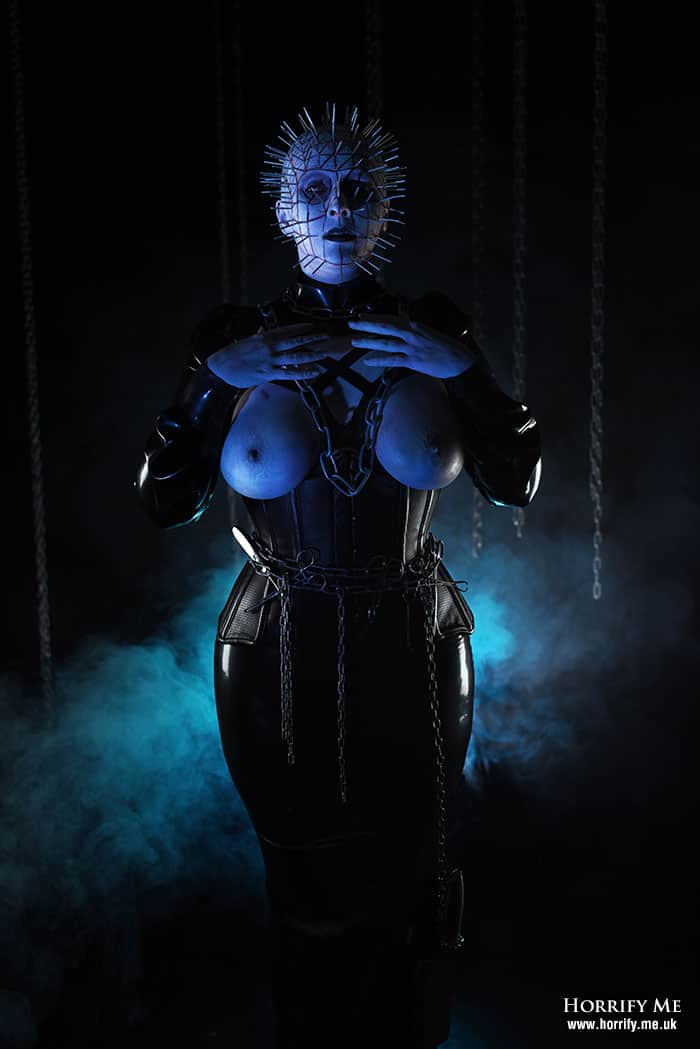 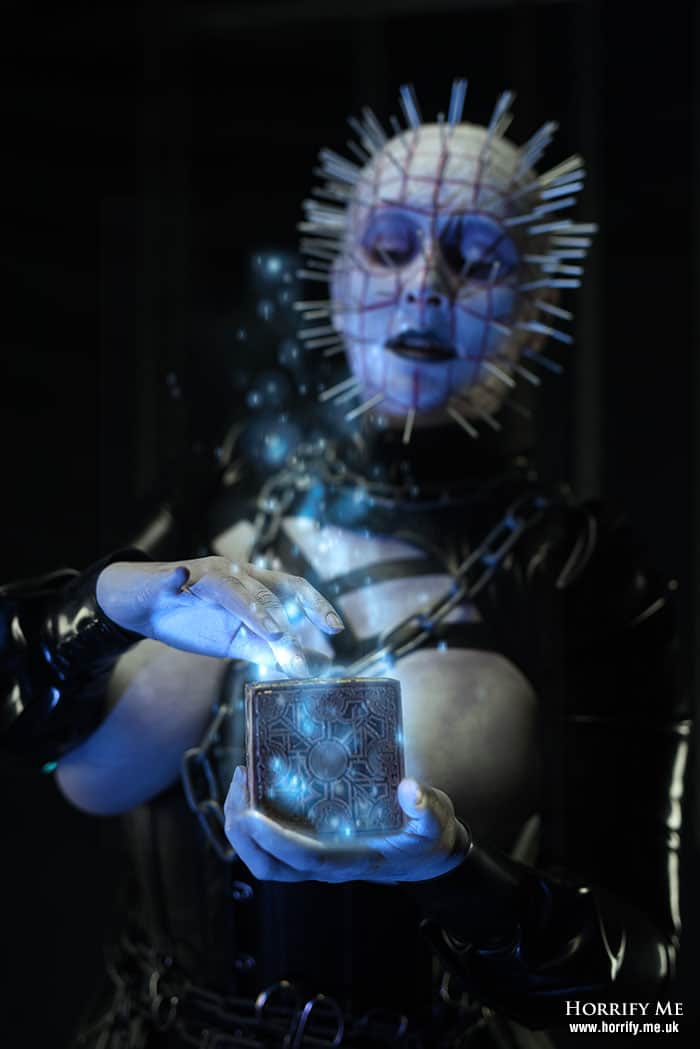 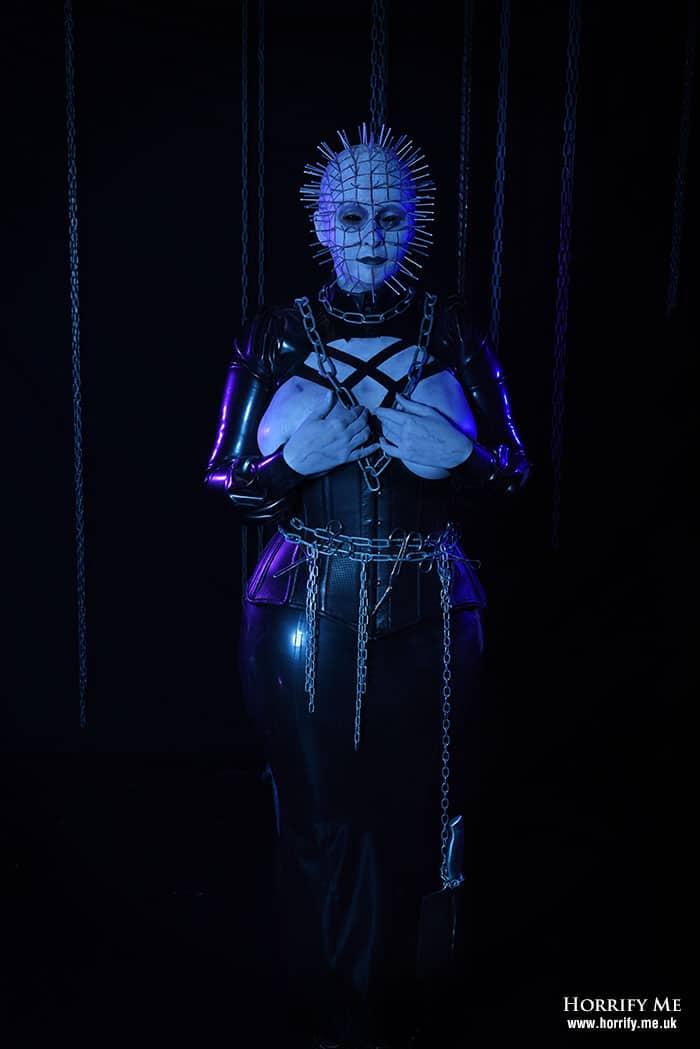 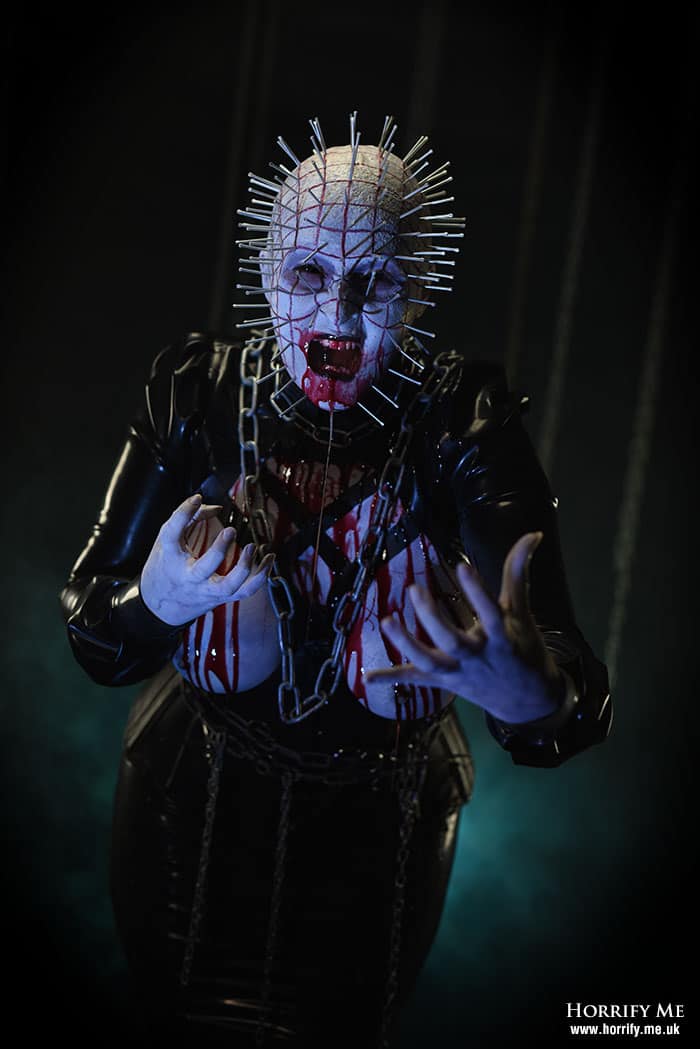