Our featured FearMaker for the week, Jon Schnitzer, is an expert in haunts. His upcoming film Haunters: The Movie explores the ins and outs and the drama of all things haunted events. We Are Indie Horror asked Jon to give us his five favorite haunts and like most other creative types, he was not able to give us just five; Jon gave us seven. Throughout the week we will explore these haunts and explain why he loves it and where you can find it.

This favorite haunt from Jon pushes the boundaries and would be considered an extreme haunt in all cases. 17th Door takes the haunt game to a different level and if you are not ready to experience it, you will most likely have a bad time.

From Jon’s mouth to our page, see what he has to say about 17th Door

Innovation of different locked doors that unlock when its time to move on. Adds a new element of suspense to interactive haunts. WARNING: you may be touched, licked, and interact with real dead animals. Not For Vegans!

The safe word is “Mercy!” That is the first rule of 17th Door. This haunt prides itself on how many people use the safe word. From research it seems that it is used more often than not and for good reason at that. Located in Orange County, California, this extreme haunt will assault all your senses as you go from room to room. It is interactive and visceral.

As you venture from room to room, a tale of terror unfolds. Each room is filled with lock doors and will only open once that portion of the story is complete. The tale it tells is of Paula and how her life falls apart down a spiral of torture and bad decisions as her personal demons take pig form and roam the campus waiting to get her. It is a timed out experience which lasts over 30 minutes and never lets up. The haunt is designed to attack all five of the senses. You will experience claustrophobia, foul scents, strobe lighting, fog, dizziness, extreme temperatures and loud noises. Some props are replicas, others are real (rumor has it there are real pig carcasses hanging throughout the maze) All of these things will be re-told to you in the waiver that is required to sign. If all that did not give it away, we warn you, THIS IS NOT FOR CHILDREN!

Jon also mentions that his favorite Scare Actor takes part in 17th door. Her name is Shar Mayer. Shar has worked in the haunt industry for over 35 years. For the better part of those years she performed as monsters in theme parks, haunted plays, extreme haunts, theater, TV, and films. Originally from New York she currently works with 17th Door and is a member on the staff for the August Los Angeles Halloween convention, ScareLA. She also has an interview in Jon’s Haunters

17th Door runs until November 1st. Tickets can range from $22 to $38 depending on the day. Check out their website (http://www.the17thdoor.com) or click their Facebook for more information. Be sure to get tickets early, they do sell out really fast!

And do not forget to check out Jon Schnitzer’s upcoming Haunters and the marvelous V.I.P. club with exclusive clips to the film. 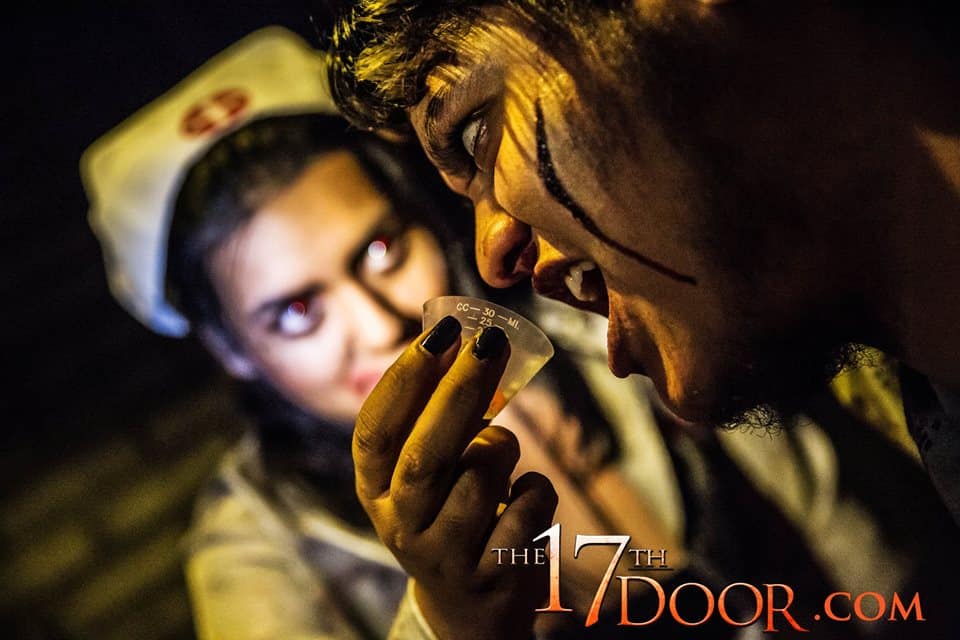