Ten Thirty One Productions is back this year for it’s seventh year of terrorizing the Old Zoo in Griffith Park with the Los Angeles Haunted Hayride. As a staple to the southern California Halloween scene, each year it grows. And this year, the Los Angeles Haunter Hayride are using their game ten-fold by adding new experiences, and even a new location.

The new attraction is called Boogeyman, and it promises to be the most haunting experience to date. Get thrown into unexpected claustrophobic spaces, endless darkness and interact with characters that only exist in nightmares. “We organically started to notice that regardless of where you go in the world, each culture has their own version of a Boogeyman,” says CEO of TTO Melissa Carbone. “It’s an intriguing unifying characteristic in the way we experience fear. This notion is the overarching theme to an extraordinary ride that will allow hayriders to meet the Boogeymen of the world…and there are some vicious Boogeymen out there.”

The Los Angeles Haunted Hayride will reinvent themselves by having a new trail built from scratch to ensure that no rider has ever experienced anything like this before. Along with the hayride, there will be five scare zones returning to terrorize the Haunted Hayride: Trick Or Treat, House Of Shadows, and the mega hit, In-Between Dark Maze with an all-new twist also come back to terrorize folks. The infamous waiting area, Purgatory will feature returning crowd favorites Theatre Macabre, Death Row, Jack’s Carving Shack, Scary-Go-Round, Psychics, Grub Shack, Bootique and some of the best character performances in the country.

If you find yourself reading this article and live in New York, have no fear, because Ten Thirty One Productions has also announced the first ever New York Haunted Hayride The trans-coastal terror begins on October 2 and runs through Halloween night, with tickets currently available at www.losangeleshauntedhayride. com. Tickets start at just $30 and range up to $59, but for just $1,395 you can rent your very own private hayride experience, which also includes entrance for all the attractions. Your purchase supports the LA Parks Foundation, preserving parks for the people of Los Angeles. 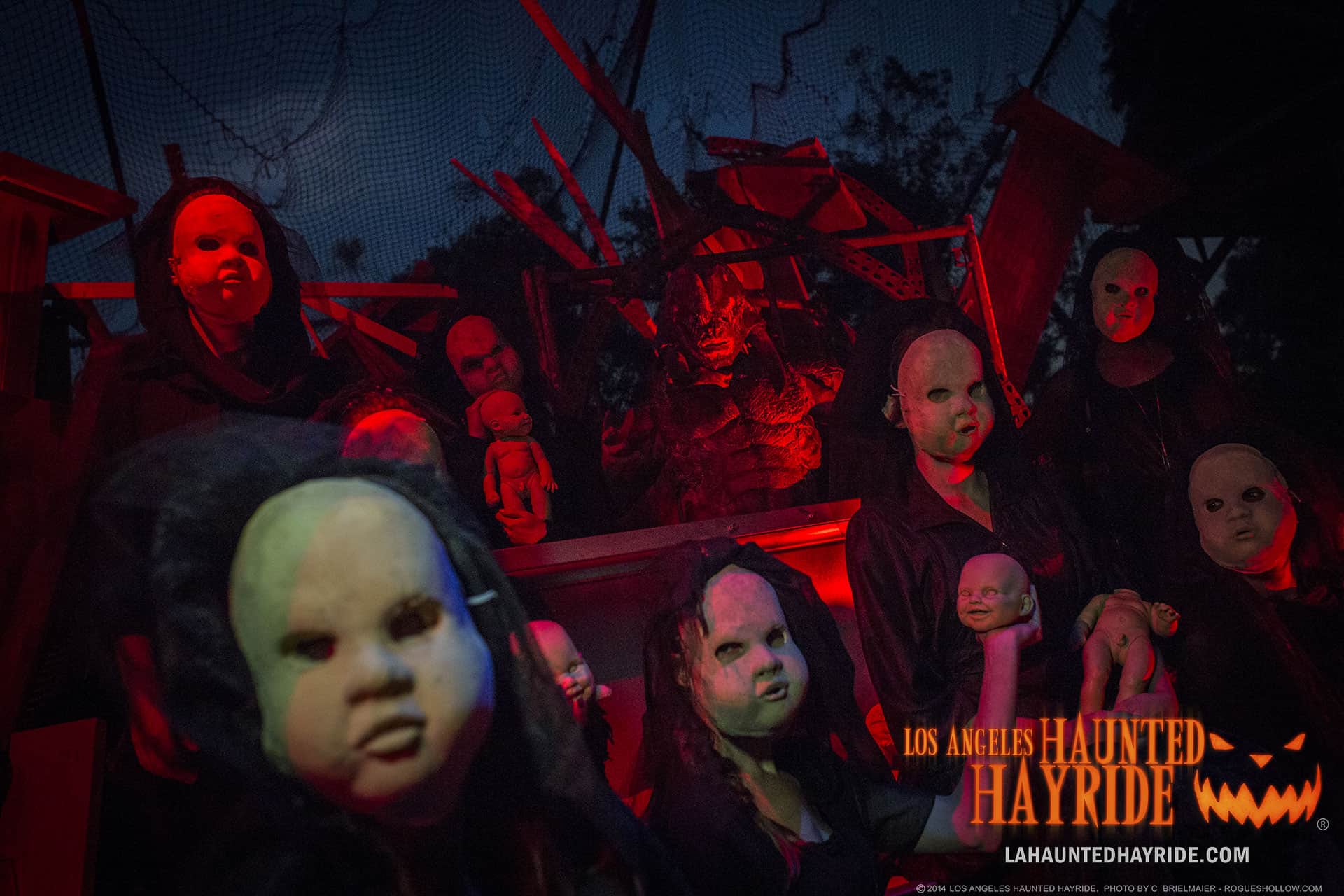 ‘American Murder Song’ Hit the Road in October
August 24, 2016
“A Nightmare on Elm Street” Will Haunt Your Nightmares With New Music Boxset
September 18, 2015