Last Thursday, the new indie horror film Rebound had a DVD release party, the only way Hollywood knows how. The Downtown Independent of Los Angles hosted a red carpet premiere party for the cast, crew, and fans. After the cast and crew walked the red carpet, they screened the film all to celebrate their DVD release.

The film is known to have had a micro-budget and a team that is very familiar with that kind of budget. Rebound was directed and written by the talented  Megan Freels Johnston. During the Q & A afterwards she had this to say about working on such a tight budget.

“I think that you have to believe that you can do it. It does not stop at post-production. You have to keep going so far beyond that whole process, I mean post is hard enough. Post can make or break an indie film. Once the film is done, you have festivals, distributors, marketing, and PR. I mean, if you don’t still have the same adrenaline and drive that you that you had for pre-production and all the way after it, it is going to disappear. It’s going to go nowhere. So my advice to any filmmaker is that it is not over when it’s done. Make sure that you pencil in another year and a half of your life because you have to work that hard all the way to the end. I mean it is never ending, it’s like a baby your film is your baby. And because I think of it as 150% of my vision it gave me all the more all, the more drive to give it life. And I do think that some filmmakers get tired and are just like, ‘I can’t do this anymore’ and you have to keep going, it’s like a marathon.” 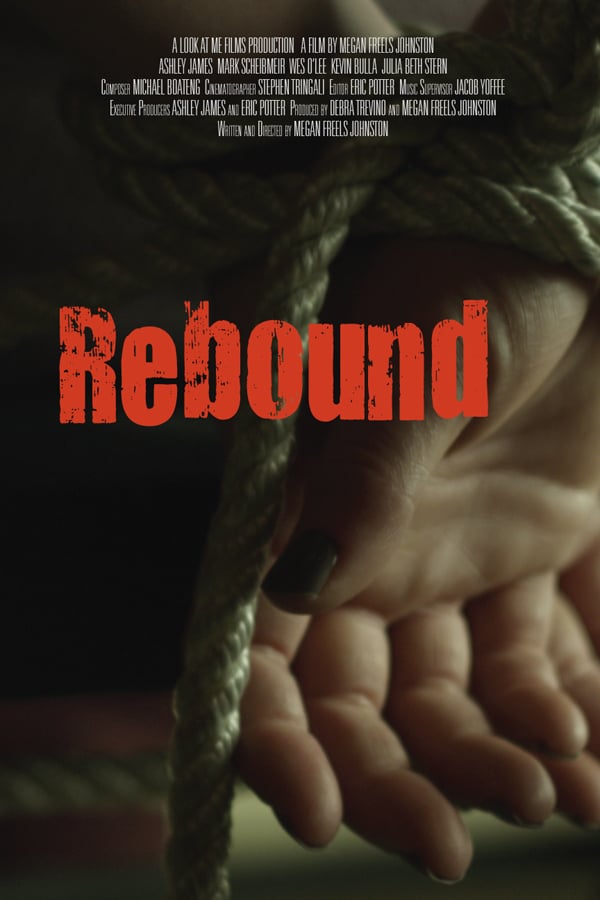 The film stars Ashley James and Mark Scheibmeir in a psychological horror thriller about  a young
woman who finds the love of her life cheating on her, and goes on to have a mental break while travelling across country and while encountering hostile strangers and debilitating anxiety.

The film has been received very positively and even compared to the styling of David Lynch.

Check out the trailer below and all the information on where to find this film.

Find the psychological horror, Rebound, at any one of these internet outlets.

Check Out These Amazing Pictures OF The Bride Of Frankenstein By Horrify Me
February 25, 2016
Review: ‘It Watches,’ From Dave Parker, a Quiet & Restrained Film
January 17, 2017

Celebrate the Holidays with ‘All Through the House’
December 2, 2015