For those who grew up watching shows like Star Trek or Battlestar Galactica, the future looks like so much fun! All those gizmos and gadgets that seemed beyond our capabilities were distant dreams and wishes. In the past decade or so, we as a society have been lucky enough to slowly turn those dreams into reality, with many thanks to the incredible engineer and scientists working around the clock.

Today we are excited to share one of the newest trends hoping to make it to the mainstream in 2016. The production company Clever Fox has released their first immersive narrative short film, Last Man Standing. While it’s not the first horror virtual reality narrative, it is breaking ground.

Virtual Reality is something we have talked about on our podcast, Tea Time of Terror. Horror is a genre that relies heavily on camera angles and lighting cues to create terror, and by giving the audience the ability to move around, that power is taken away. That said, Last Man Standing does an excellent job at immersing it’s audience and giving a new form of horror for the screen. 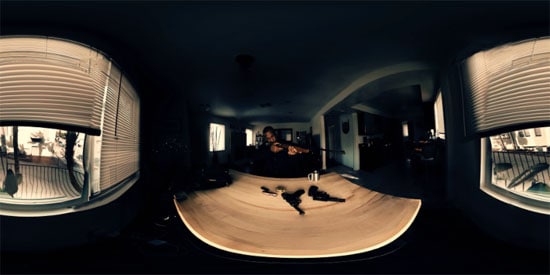 Dreyer previously spoke on the topic of VR and immersive storytelling at TV Academy’s Inside VR 2015 panel, where he spoke about immersive storytelling in the new age. “There’s not a lot of people who are making narrative immersive films. There’s a lot of experimentation going on and you see incredible ‘experience’ content that has you standing on the top of mountains or being ringside at a boxing match, but there isn’t much scripted story-driven material. As a filmmaker, I’m 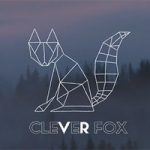 excited by that, and I’m very proud that Clever Fox is joining that shortlist of creators making original scripted projects.” 2016 is said to be the year that virtual reality headgear goes mainstream in the US, and that puts Clever Fox right in the middle of the game. Not only are they creating fluid, high quality virtual reality films, but they are telling stories that we want to see. Imagine being right in the middle of a zombie apocalypse, being trapped in a haunted house, or escaping from a serial killer with virtual reality. Now you have the power to run and hide, or die depending on the filmmaker’s decisions.

Immersive films are going to be the future of the industry, and genre films are going to take the forefront. “Genre entertainment is great for VR because it transports you to another world. As creators you don’t have to be concerned with absolute realism, and the audience can experience the heightened emotions of being inside this hyper-real fantasy world. With Last Man Standing, we wrapped that experience in a traditional narrative and built on that with this great performance by Phil [Morris],” says Clever Fox CEO Julia Howe

You can watch Last Man Standing by clicking this link. It works on all computers, tablets, and mobile devices. After watching this short, we cannot wait to see what is in store for immersive storytelling.

EXCLUSIVE CLIP: The Witch Will Go Satanic On Your God Fearing Souls
February 8, 2016