There is not a single fan of horror who can deny the importance and the brilliance that came from the creator of the Cthulu monster among many other classic tales of horror. H.P. Lovecraft has been delivering nightmares via his written words for over 100 years. Now comes the time where independent horror artists around the world tell his tales with their own unique twist.

Ixtlan Artworks in Hungary are attacking a lesser known but equally terrifying story with their newest project, From Beyond. With production starting just over four years ago, director Balázs Nagy is proud to announce they have official entered into post production on the ambitious project. They have announced a May 2016 release. The synopsis of their tale is as follows:

Told in a first person perspective of an unnamed narrator, you team with scientist Crawford Tillinghast who creates an electronic device which allows for a person to perceive planes of existence outside the scope of an accepted reality. You will experience hordes of strange and horrific creatures that defy description and now you have to escape before you have no future.

From Beyond was written by two of the three Ixtlan Artworks founders Robert Schneider and Gábor Erdélyi who double duty as sound manger/composer and special effects/assistant directing respectively. Directed by the third founder, Balázs Pál Nagy controls the camera as the main character. With a camera in his hand he coordinates the tasks and connections with the actors within the scenes. Brother of the director, Géza István Nagy plays one of the main characters as the friend of the narrator. The other supporting actors include László Kuli and Sándor Nagy. 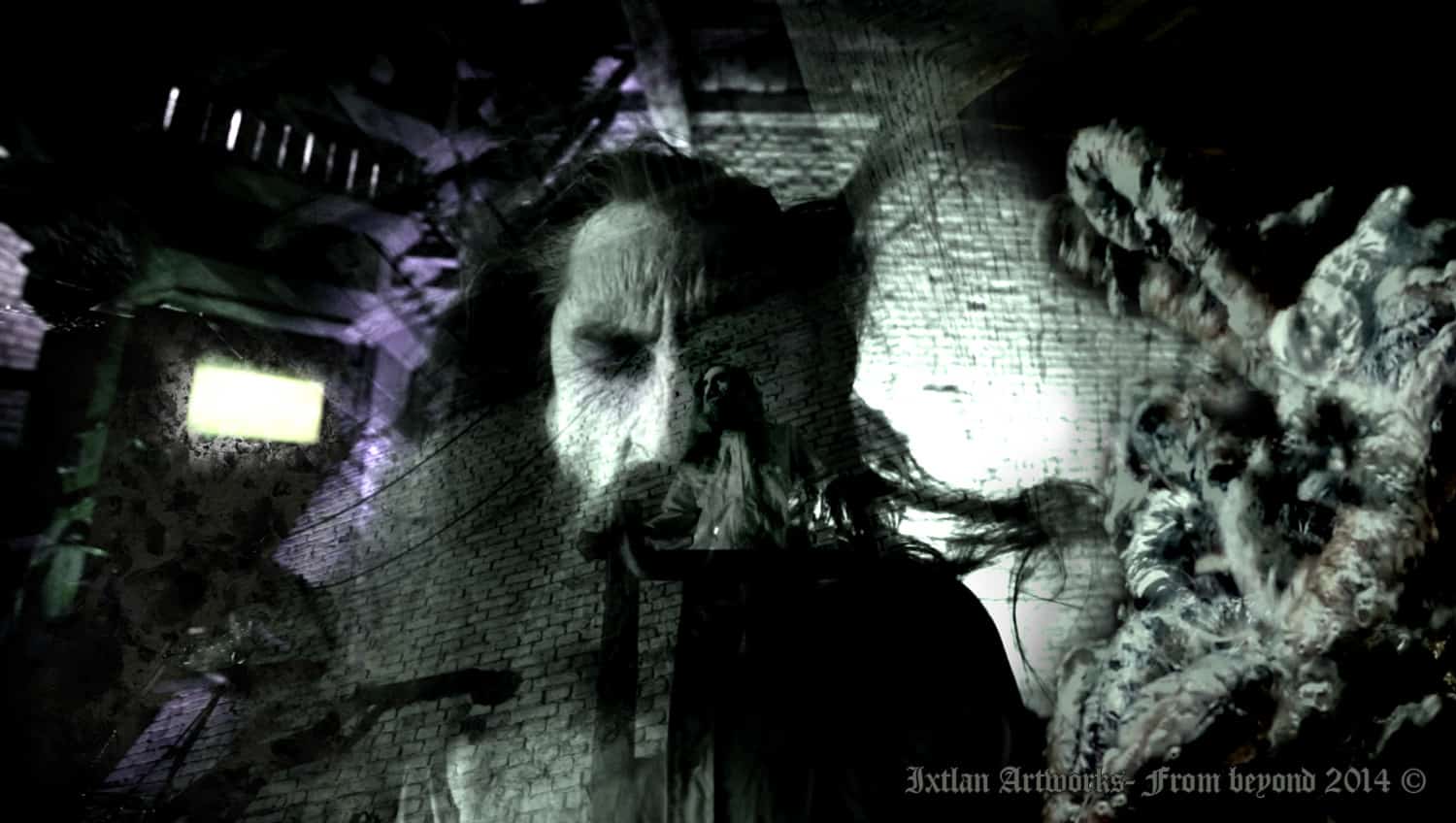 The film takes the new and ever growing popular format of first person for a ride. It will be weird, strange, and scary all while putting the audience in the eyes of the main character. With the growing trend of virtual reality, this film seems to fit perfectly. Their goal is to make a film that even those who are unfamiliar with Lovecraft will still enjoy. As fans and indie producers their challenge arose in how to tell the story. They knew there could not be special effects so they chose a story that tells terror through the character themselves. From Beyond will shine in fright through talented actors, beautiful cinematography, and chilling music.

Check out the teaser below which just was released with english subtitles and be sure to follow through all social media.