In the dark corner of a dark room sits a lonely girl in a lonely chair. Her fingers moving in a blur across a keyboard as she stares helplessly into the bright void of the computer screen in front of her. Violently she taps away at the keys, creating terrifying tales of grandeur and of modest frights. Anonymously she writes. For years she slaves away, tapping and creating, then destroying. Always dreading showing her face, she types under pseudonyms or no name at all. That is until she finally decides to lift the veil of secrecy and shame, knowing full well that it is not shame she feels, but rather the vulnerability of opening oneself up to the public in an intimate way. She is brave, she is valiant, she is Brianna Abello, and she is this week’s Featured FearMaker.

Brianna grew up in a family that wasn’t particularly interested in horror, no one watched horror, and the children were prohibited from viewing it. So it was rather unlikely when one of the young girls found herself drawn to darkness. “ I still can’t explain why I love horror so much it’s something I was naturally drawn to.” Said Abello about her childhood. She was forbidden from reading or watching horror, so she often had to sneak around to the library to get her “fix of all things horror related.”

She soon began writing her own short stories, sharing them anonymously online through websites like Reddit on r/nosleep. Her writings had begun to get positive feedback, and she eventually decided to emerge from her anonymity and create her own writing portfolio. 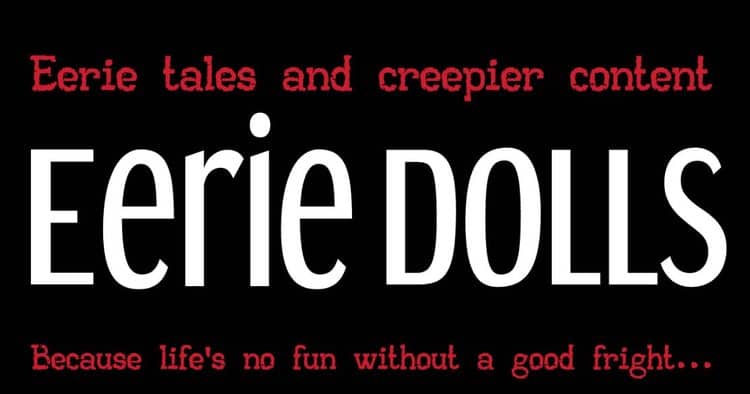 Her portfolio quickly turned into a blog, known as Eerie Dolls. On Eerie Dolls, Brianna shares short stories, audio recordings, and supports other indie horror artists. She also proudly displays her participation in Women in Horror Month. “As a woman in horror, I found it hard to explain what I did to someone without getting bombarded with the why questions. Why? Shouldn’t you like romantic books? Or why scary stuff? After a while, I got used to it and used it as an opportunity to talk more about horror and other great women involved in the industry.”

Most recently, Brianna has released an ebook of short stories titled Tales From The Basement. The book contains 31 indie horror stories written by Abello, available on Amazon for only $2.99, or free to Kindle Unlimited users.

Looking back, Brianna has only a few words of advice: Go out and do something! “The hardest part is getting started and keeping yourself motivated to see a project through. However, the satisfaction of seeing your finished product is the best feelingever!”