Any fan of horror can at least name one Full Moon film, be it Evil Bong, Gingerbread Man, orKillyjoy’s Psycho Circus. But no character is more associated with Full Moon then Puppet Master. Charles Band has announced that to kick off Full Moon’s 2016 we are getting the 11th or 12th (depending on if you count the sci-fi original Puppetmaster vs. Demonic Toys) film in the Puppet Master series!

Puppet Master: Axis Termination is slated as Full Moon’s first production of 2016 rolling principle photography in January. Although details of the plot are scarce, Band himself has said that the script is “very edgy,very hard”. He also goes on to mention that it will have a tone and vibe to mostly everyone’s favorite Puppet Master, Puppet Master III: Toulon’s Revenge. If that is the truth, that means the blood shed will be plentiful! Charles Band knows that the third installment is fan’s favorites and he believes that Axis Termination can be better.

We here at We Are Indie Horror are Puppet Master fans and seriously can not wait. What is your favorite Full Moon film? 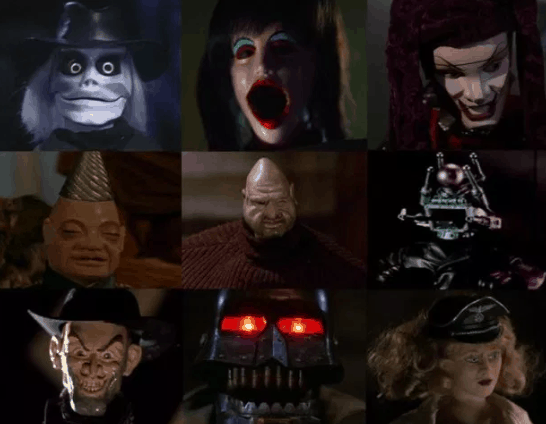 Goriest and Strangest Trailer of the Year Goes to “KODOKU: MEATBALL MACHINE”
December 13, 2016