Fear is a powerful emotion. For some it can be debilitating, leaving them stuck in a state of panic and stagnancy. For others, fear can be a call to action. For artists, fear can be a creative nightmare, or it can lead to great things. For this week’s Featured FearMaker has been fortunate enough to find a full-time career working in art, and working for one of the most popular internet comics. After the birth of his daughter, FearMaker Shawn Coss’s fear of losing her has led him to write a book about different ways to lose her.

Originally from Akron, Ohio, Shawn Coss has been a fan of horror for as long as he can remember. Beginning with his mother, a huge Stephen King fan, would read his stories to a young Coss just before bedtime. While living in Maine, they would regularly pass by King’s house, which Shawn’s mother would point out almost every time. From there it was a dark, 80’s spiral into the great slashers like Freddy and Jason, pretty much anything horror he could get his hands on. 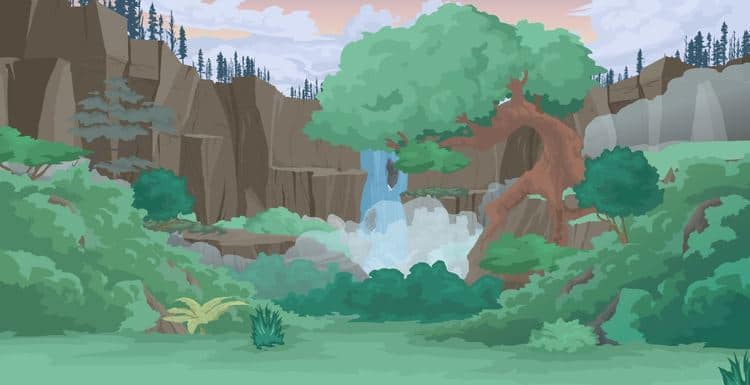 Shawn is one of the few souls lucky enough to find a job that allows him to exercise his creative talents. Creating is a team sport, no matter how big or small the project is. When Coss was approached to create character designs and backgrounds for Cyanide & Happiness, he took the job running. He currently creates C&H merch too, as well as running his own clothing line, Any Means Necessary clothing.

Shawn Coss has always been a fan of the Scary Stories to Tell In The Dark trilogy, particularly the disturbing creations of artist Stephen Gammell “His [Gammell] horrific shading and pencil style really made the stories jump out.” Said Coss in his Kickstarter video for his new book, KinderGarten: A Collection of Creepy Stories

After the birth of his daughter, Stephen Coss began to feel overwhelming sensations of impending doom revolving around his newborn child. These terrifying thoughts left Coss in a state of fear, which he later found out was fairly common to new parents. Nevertheless, he couldn’t shake these feelings. He took his fear and channeled it into a creative form, which took shape in KinderGarten

Created as an homage to the Scary Stories books, Coss wrote eleven creepy stories, each one about a personal fear of his, and illustrated all the artwork. The stories are told with less humor than their muse and deal with themes of suicide, death, depression, neglect, and more. All the stories focus on a rather unfortunate young girl named Lucy, who seems fo constantly finding herself in dark situations.

KinderGarten has been successfully funded on Kickstarter, reaching it’s stretch goal at over $30,000. The book is currently available for Pre-Order on Kickstarter

“Make what you love and you’ll find an audience.” -Shawn Coss

Shawn has had an easy rise and that has a lot to do with his outlook. He’s never made anything for anyone but himself, and that has attracted a large fanbase which supports everything he does. “Make what you love and you’ll find an audience.” Says Shawn, but it comes with a warning. “But if you’re getting into any art career just to be famous or make millions, you’re in the wrong genre. Go get a medical degree.“