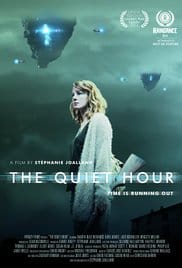 Science fiction can be as big and expansive as the newest Guardians of the Galaxy movie or as simple as an episode of the original Twilight Zone. They are contemplative what-ifs set within optimistic futures or bleak destinies approaching our planet Earth. Therefore, one, at least I think so, should appreciate the tenacity and creativity that goes into making a lo-fi science fiction film. In this case, The Quiet Hour, a sci-fi thriller by Stephanie Joalland is nothing short of impressive and set in the aftermath of an alien invasion. In the film, we are thrown into a world where the marquee invasion is nothing but a horrendous reminder of far superior beings; devastation that has already rolled through Earth. What is left is a sparse humanity struggling to survive while the visitors hover overhead weeding out what life remains.

The film follows 19-year old Sarah Connolly (Dakota Blue Richards) and her blind brother Tom (Jack McMullen). They are cooped up in a house in the countryside and supplies and food are low and hope is even lower. When Sarah returns to her home she finds that Tom has caught an unwanted intruder, donning military camouflage, by the name of Jude (Karl Davies). Jude claims he’s not associated with the military; Sarah is trusting, much more than her brother who is reluctant to keep Jude around even if all he’s looking for is food and shelter. 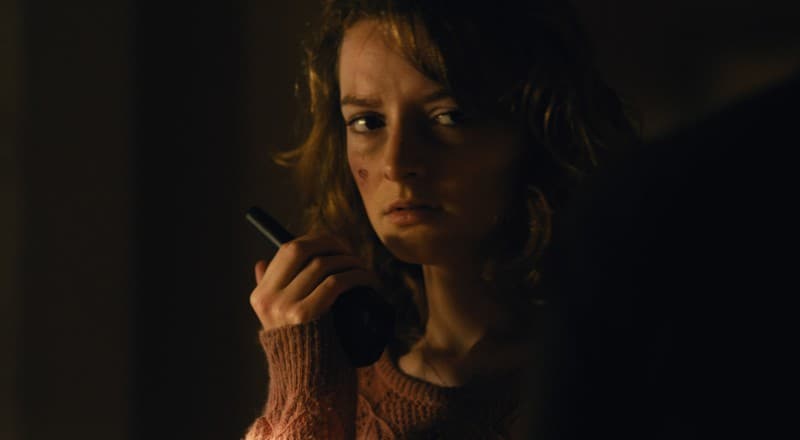 It doesn’t take too long before they find out why Jude is in their home– just outside, a group of renegades demand that the Connolly’s relinquish Jude to them. This puts the siblings in a dangerous and volatile situation and one that they have hitherto avoided. Now the trio must face bloodthirsty– and armed– men and women that lurk on their property on top of the alien threat that still harvests the planet.

The Quiet Hour is a taut sci-fi thriller that is simple in its premise but profound in its execution. The film’s cinematography is gorgeously bleak and the direction by Joalland meticulous and sparse. The performances are rather good especially from the enigmatic Jude, played by Davies, and Richards’ Sarah who carries the film’s austere post-apocalyptic landscape through her performance.

You can find The Quiet Hour on DVD and video on demand through Google Play, iTunes, Vudu, and YouTube. Amazon Prime members can now stream the film for free through their Prime membership.