This year has barely got on its way in form of Horror and we already have some amazing films to top the list. The Devil’s Candy, Get Out, and Split have all caught critics and fans eyes alike. Today, a new film adds to the list. In the same vein as The Witch from 2016, The Blackcoat’s Daughter may not be for everyone but at its core is a piece of horror art that astonishes visually and challenges the audience in all the right ways.

The highly anticipated film from A24, the company that brought us The Witch, The Blackcoat’s Daughter tells the following tale:

During the dead of winter, a troubled young woman (Emma Roberts) embarks on a mysterious journey to an isolated prep school where two stranded students (Kiernan Shipka, Lucy Boynton) face a sinister threat from an unseen evil force.

The three female leads at its heart carry the film to the eerie sense and dread which follows the events of the film. Kiernan Shipka and Lucy Boynton are at the helm, truly encompassing their characters on every level. Lucy Boynton plays Rose, a troubled older teen with a past that seems to be hidden under wraps. It is okay because her past is not what matters as it is more how it has affected her to this point in her life. Although she goes to a prep school, she is the odd ball out. The one who fakes a smile for the school picture, but oddly enough she is the only one “awake” to see some of the truths beyond the school and her home life. Boynton‘s performance is not only believable but it feels real. When looking her up after, it was bewildering to see what other role’s she plays and how unrecognizable she was. Her previous role in Sing Street is the perfect example. (P.S. If you have not seen Sing Street, put down your phone, shut down your computer, and go spend the two hours to watch this beautiful film – disclaimer: not horror but amazing regardless). Shipka‘s performance as a more than troubled and changing young student carries so many of the important scenes. She has come a long way since Mad-Men and it is phenomenal to see such talent grace the screen. As for Emma Roberts, what else is there to say. She is quickly becoming one of the most popular female faces in the horror genre and The Blackcoat’s Daughter continues to elevate her to new heights. It is tough to picture any other actress handle the ending the way she did.

None of these actresses would be earning the praise they are without the amazing writing and directing from Oz Perkins, the son of Norman Bate’s himself. Perkins makes his directorial debut with his script The Blackcoat’s Daughter. We Are Indie Horror demands to see more from this man. Perkins takes full control of his scenes and his camera gently guiding the audience along for the ride allowing them to catch the full story; even post-movie discussion had two individuals talking about different little nuances the film holds.  Alongside Perkins is female cinematographer Julie Kirkwood, who truly brings this beautiful piece to life. Compositions and movement of the camera allow for a seamless visual story- telling. This is a duo that we would like to see more from. Together they create a truly atmospheric and suspense driven film which will be viewed for years to come. When the frames look like paintings and your actors bring it on every level, the captain of the ship deserves the highest of praises. Great job Oz Perkins

The story itself is a bit complicated. It requires a lot of attention but that is not a bad thing. We Are Indie Horror is not a fan of big ol’ spoonfuls of story shoved down the throat. If looking for what the story is trying to say is your bag, then The Blackcoat’s Daughter has you covered. It is not an easy one to follow as it is not presented in lateral time but more of a “here’s a bit of this story and now here’s a bit more of another story and now watch as these stories intertwine, oh you missed it? That’s okay here’s a bit more of the first story but a little bit more down the line.” This film requires more than one viewing and each time it will be absolutely worth it. 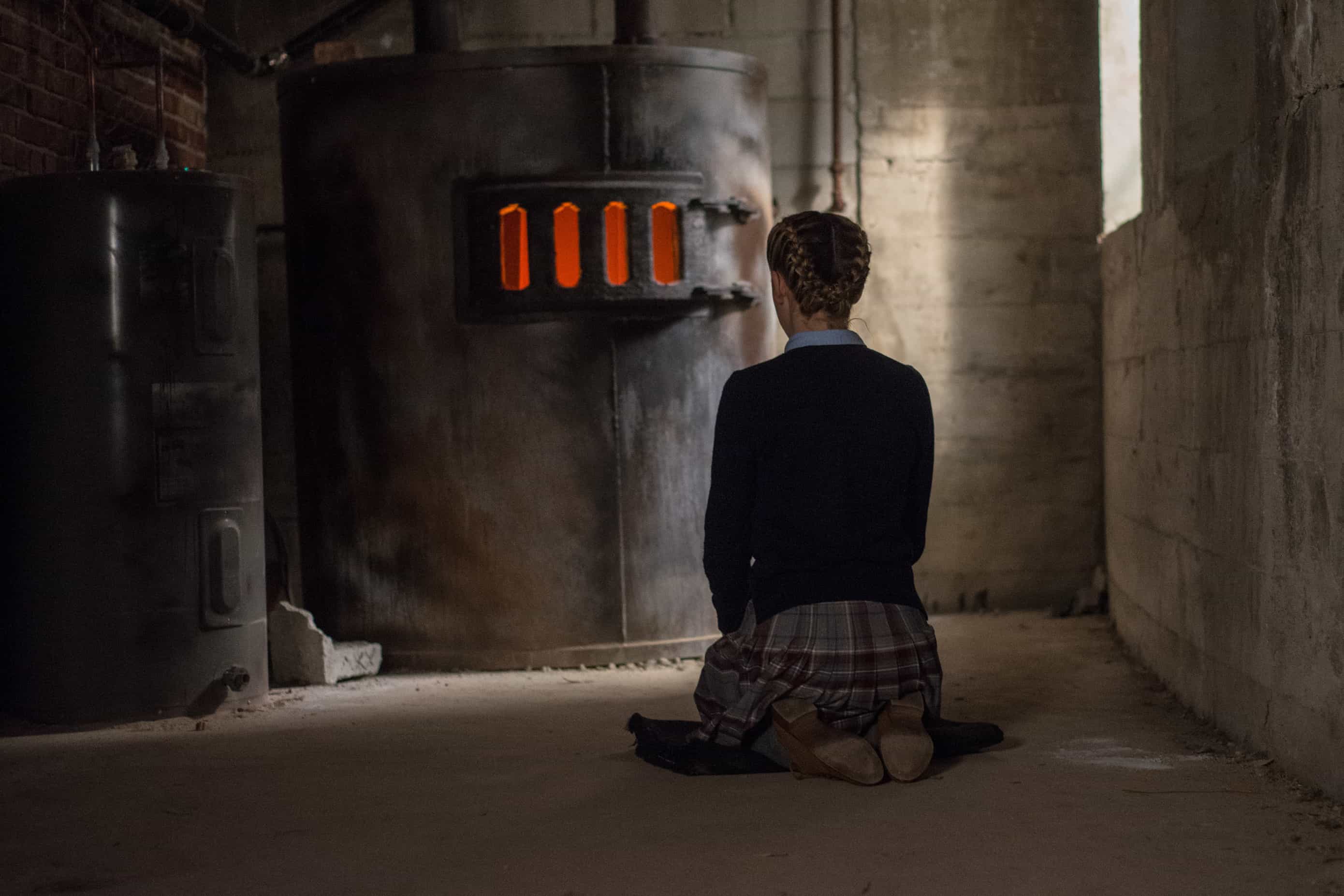 Similar to last year’s sensation of TheWitch, The Blackcoat’s Daughter will not be for everyone but we do highly recommend you give it a shot. The three leads in Roberts, Shipka, and Boynton prove they are the future of horror with this complicated piece. Oz Perkins beautifully takes on his directorial debut with grace and ease led by a spectacular cast and talented cinematographer. The Blackcoat’s Daughter is a masterpiece in horror as a visual art form.

A24 and DirecTV will release The Blackcoat’s Daughter in theaters and On Demand March 31, 2017