The surprise element is one aspect of a short film that when done correctly can achieve wonder. The latest short film which was written and produced by We Are Indie Horror friend Pandie Suicide (AKA Pandie James) achieves moments of surprise scene in and scene out in Blood Bath.

Coming from Deathaus Films in Los Angeles, California, the five minute short packs punch after punch with beautiful cinematography, a phenomenal score, and a terrific visual story. This is where we usually tell you the plot of the short, but I think it is best that we leave that out and you experience the film on yourself. So without further ado here is Blood Bath. Be sure to continue reading after the video for our discussion.

Blood Bath reimagines Elizabeth Bathory. Upon viewing this film, we were unaware of who this is. After some extensive research we found that Bathory was a famous serial killer that reigned from the late 1500’s to the early 1600’s. Born of the nobility family in Hungary, she is in the record books as the most prolific female murderer due to the astounding argument of how many deaths fell at her hands. Although the number is often debated Bathory has been accused of torturing and killing hundreds of young women with one trial stating the number at 650. The story has it that she would bath in the blood of virgins to restore her youth.

Although we are not sure how virgin these characters are but still bathing in blood to restore youth is an insane subject. Presented in such a beautiful and eerie way with Blood Bath, the creepy ritual left us guessing until the end. Great direction by Erik Boccio helped push the mystery of the story along without giving the ending away. When the event of the ending finally occurs, there are hints but when the reveal is presented we were still shocked. Along with the direction was the incredible score created by award-winning composer and former guitarist for Korn, Filter, and Otep, Rob Patterson. He is accompanied by a young female singer and songwriter Poppy Jean Crawford. The believability of the short is strong due to the incredible effects by Laney Chantal, an alumni of the show Face Off. Evan Pesses steps behind the camera and creates some truly beautiful shots, especially the one seen below which is by far We Are Indie Horror‘s favorite moment in the film.

The film is available to watch for free so be sure to spread it around with your friends if you truly enjoyed it. 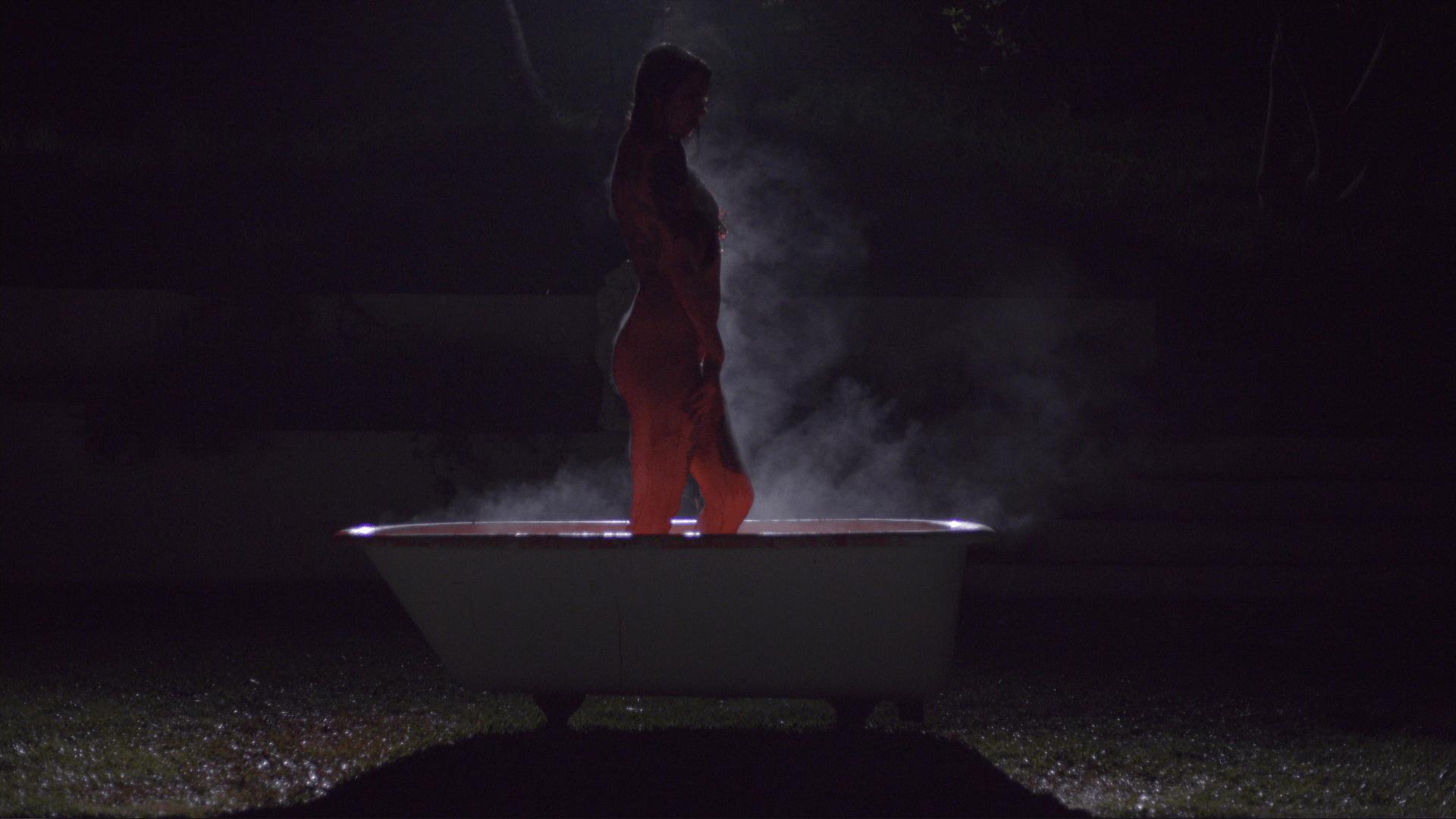