Of all the scream queens in the horror world, Heather Langenkamp is one of the most well known and respected. Nancy is an iconic character from an iconic film (Nightmare On Elm Street if for some reason you weren’t aware) that changed the genre. Now she is coming back to our beloved genre to star in the upcoming ghost story Home

Carrie (Knuppe), a young, spiritual woman is abandoned by her missionary father and forced to move in with her mother and stepsister whose lifestyle conflicts with everything she’s come to believe in. In addition to this test on her values and convictions, Carrie believes the new house possesses evil paranormal forces. During one terrifying night after her mother leaves on a business trip, Carrie and her boyfriend conduct an exorcism to rid the house of its supernatural presence. But, instead of purging the spirit, they awaken an even more sinister terror that begins to haunt and torture them. Now, Carrie must confront savage forces to protect her little sister and her life…

The news that Heather Langenkamp is returning to horror is great news. It feels like ages since we’ve last seen her battle the forces of evil. The only thing that would make this news better was is the film were ready to be released. Oh wait, it is! Home is already completed, and ready for a VOD and DVD release on March 1st.

Home is being released by Inception Media Group, and they have just released a trailer that sets Home up to be pretty spectacular. We are exited to see Langenkamp back in the horror scene telling new stories. 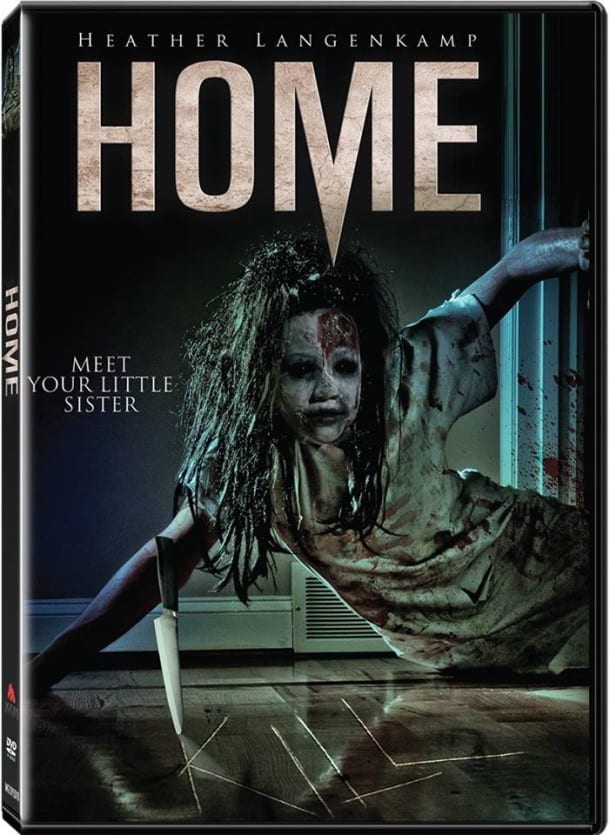