When one of the best horror games of the year goes under the radar and receives little attention, it is always a shame. Such is the case with the open world interactive independent horror game Sylvio. Currently on the market and receiving rave reviews, creators Stroboskop are launching a sequel and need your help. For the first blood bank of 2016, we are going to dive deep into the world of Sylvio and see what is being offered for Sylvio 2

Video game company Stroboskop is located in Stockholm, Sweden. The creative and technical director, Niklas Swanberg, closely collaborates with an extensive network of freelance 3D-artists, voice actors, programmers, musicians, and testers. The company focuses strictly on horror based games. 2009 saw the release of Stroboskop‘s first game. The iOS game Stairs quickly became an award-winning mobile game. Shortly after in 2012, Stroboskop moved out of the mobile market to focus on PC games.

Mid 2015 saw the release of Sylvio from Stroboskop. Currently the game is available on Steam for 50% off! Sylvio tells the story about ghost recorder and EVP-specialist Juliette Waters. The player must solve environment puzzles, record and analyze audio, listen for voices in the radio static, and learn the dark story of Saginaw Family Park. It is all presented in an open world horror investigation style game. With a shotgun and a recorder, the player must solve all the puzzles and complete tasks given by the dead. Seances may be necessary along with other spooky events. Sylvio has received incredibly positive reviews including an 8/10 from IGN who says “It’s exciting, charmingly indie and above all, just the right amount of scary.” 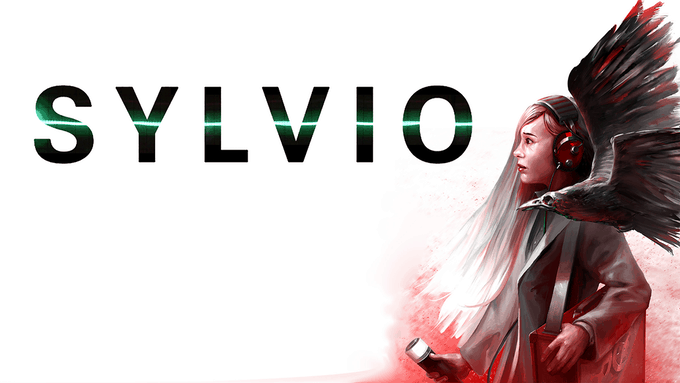 For the end of 2015 and week into the new year, Stroboskop is asking for help. They are creating the sequel to the instant cult classic aptly titled Sylvio 2. They promise 20-30 hours of gameplay in an open world horror puzzle game which takes place completely in the daylight. The game is presented in a single player first person format where the player receives missions from the living and the dead.

The sequel takes place right where the first one left off. Bringing back main character Juliette Waters as the ghost recorder and EVP-specialist will be traveling by foot through a vast park that caught fire and is now suffering rainstorms and extensive flooding. No worries a dingy will be provided to help with the floods. Juliette must search for spirit activity, solve environment puzzles, and explore the lands.

As noted in the Kickstarter campaign, there are five elements to the open world game. First there is the main story which follows Juliette completing challenging objectives and environmental puzzles as she faces the darkness of Saginaw again. The second is recording ghosts in visual and audio form. Then the player must analyze the recordings to find the hidden messages. Exploring the vast and disaster stricken world is a must. The player must combo black orbs and human forms which may hurt if they get too close. At night Juliette must sleep which causes the lucid dreaming mode where the player explores the nightmares in a sure to be terrifying manner.

Sylvio 2 is jumping head first into the future and presenting the game in a unique fashion. After recording the ghost through the Reel Recorder, the player can utilize the 360 degree view and audio. Through special programming and audio recording, Stroboskop creates a virtual reality unlike any other putting the player directly in the center of the ghost hunt. 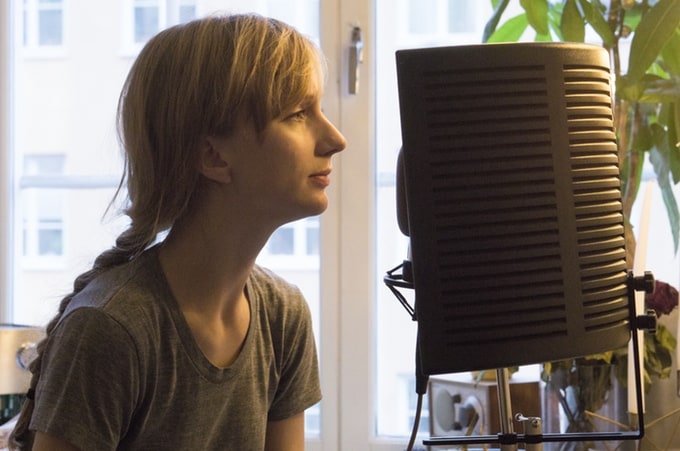 We Are Indie Horror was able to ask head creator of Stroboskop, Niklas Swanberg some questions regarding the upcoming game.

WAIH: Horror is very well known to happen during the night, why did you choose to set the game in daylight?

NS: A big part of Sylvio is to find new ways to create horror. I think there’s kind of a responsibility as an indie developer to explore new grounds. Big game studios, they have an economic responsibility towards a lot of people – so I can understand their decision in taking the safe road. But as an indie you’re free to do what you want – and I believe you’re obliged to use that freedom. So the daylight approach is partly a way to create something original, and partly my belief that the best horror comes out of distorting familiar, safe places. Also, the park in Sylvio 2 is full of buildings, tunnels and cellars. The daylight concept of Sylvio 2 takes advantage of the contrast of safe / unsafe, giving the player the choice of stepping out of the light and into the darkness.

WAIH: Where did the inspiration for Sylvio 1 happen?

NS: The dream sequence of Twin Peaks – where Agent Cooper meets Laura, and the little man dances. The backward speech, the calmness, the red setting. I saw it as a little kid and I’ve always had it burnt into my mind. So I knew I wanted to make something with that kind of eerie quality to it. It was when watching The Innkeepers where the girl listens for EVP with her microphone that it all just came together. By combining speech in different speeds with the diffuse quality of EVP, and then giving the controls to the player, the concept was born. The story and world just dynamically grew out of that.

WAIH: What prompted a sequel to the game?

NS: About a year before the launch of Sylvio 1, I quit expanding the game, and started polishing and finishing it. Making sure everything worked, tying the story together, recording sounds and music, that kind of thing. But new ideas and moods kept coming, and by the time Sylvio 1 was finished, the skeleton of the sequel was already in my head. The setting and characters are so alive and I just feel there is still much left to tell. 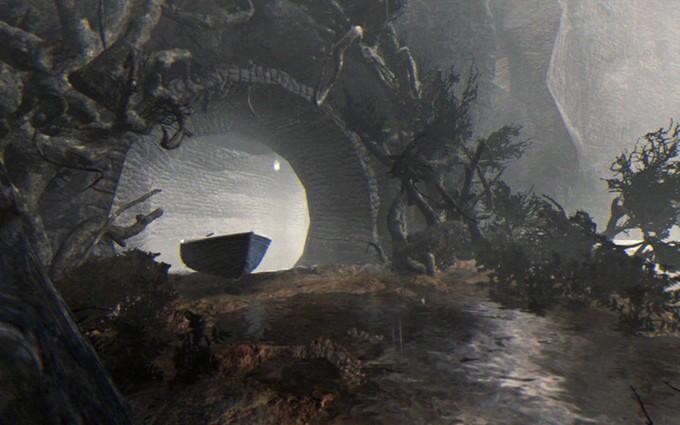 WAIH: The game consists of ghosts and lucid dreaming. Have you personally had any of those experiences?

NS: As a child I had lots of experiences. I suffered from sleep paralysis, heard breathing and voices in empty places, had visions and so on. But at some point I outgrew it. I can’t say I miss it, but it has certainly sparked my interest in the paranormal later on in life.

WAIH: What challenges were present when creating a 360 audio and visual experience? Will this be available on VR platforms?

NS: The 360 camera is an evolvement of the audio recorder in Sylvio 1. It lets you scan the footage for any ghosts or abnormalities. It is still very much in Alpha – the idea to release the sylvio 2 prototype was to get people’s reactions and thoughts about it. It’s challenging to share the audio space with the visual – they tend to weaken each other at times. But I like the concept very much, and am very excited to be working with it. As for VR – 2016 will be a very interesting year. For the immersion of horror gaming, I think it might be the best thing that has happened in a long time. If it fits for the Sylvio series – it’s just too early to say. 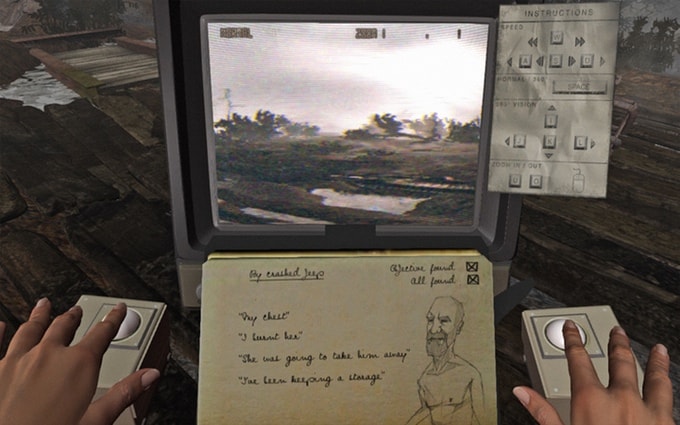 WAIH: After Sylvio 2 what comes next for you and Stroboskop?

NS: I have no idea! Or, I have dozens of ideas, but what is going to be next, I don’t know.

WAIH: What is your opinion on the indie horror game genre at the moment?

NS: With all the major game engines suddenly getting free in 2015, we’re seeing more and more kitchen-made horror games, and that is great! I think PT also paved a way for a new kind of atmosphere horror. I believe it’s time to close the chapter on easy jump-scare games once and for all, and focus on real horror with real feelings. 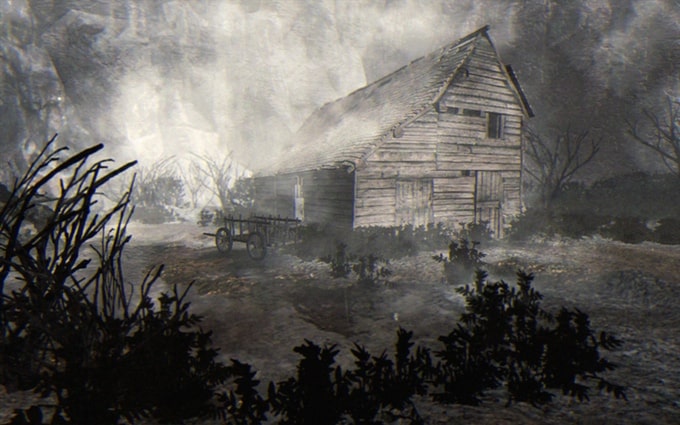 The perks for donation run wild on Sylvio 2‘s Kickstarter campaign. The basics are present with chances for the game as a digital download, a double pack, and Beta access. Pass the essentials is where it gets interesting. In true horror movie mode fashion your face can appear in the game. Depending on the amount donated a player has the chance to have their face in a picture on the wall or in a locket buried in the park, or even have your voice and face recorded to be a ghost. A limited edition 3D print model of Juliette is also being offered for the higher end perks.

Sylvio 2 promises to be a unique and freighting experience. Shooting for a deliver date of May 2017, Stroboskop and the Sylvio franchise is one to watch. If you like what you see be sure to share via all social media links. Follow the important links below for more information and your chance to donate. Remember this is We Are Indie Horror’s Blood Bank Where Every Drop Counts!