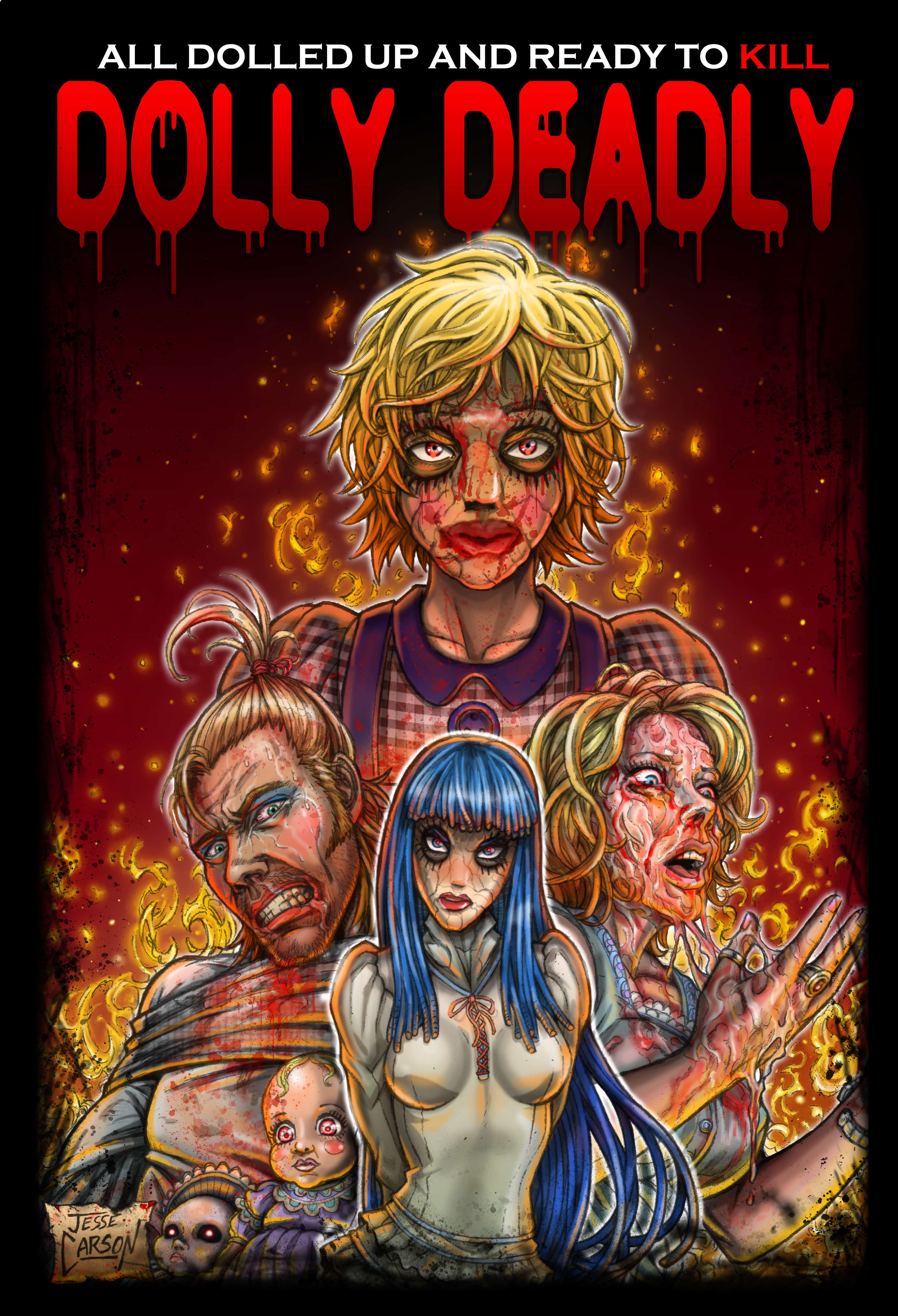 Wretched Production is currently in post production for their next feature film Dolly Deadly. Directed by Heidi Moore, written by Moore and Cassandra Sechler, the film has recently released a new trailer and artwork.

A young parentless boy named Benji, who was born on a chevron restroom floor, is forced to live with fly swattin’ too drunk to function grandparents, who reek of repugnant scabie repellent & have a collection of cereal bowls that say “cool whip” on the side. Benji, however, has a keen collection of dolls that keep him company; he freely dances & shuffles about, with them as his audience. Abused by his booze addled goat-tropin’ grandparents & bullied by the local shit-heeled trailer park hooligan, a malnourished Benji goes bonkers, slaying all sub-humanoid slime in what one film critic called “a vile vortex of cinematic sewage, grindhouse to the core, sucking you into this wretched world of trailer park dystopia, so leave your kids & morals at the door & bring your barf bags”

Dolly Deadly looks like a throwback to the VHS days of the 80’s and 90’s with it’s lo-fi tape feeling and tracking throughout the trailer. The visceral qualities are at the forefront of this film, with the main focus being on the gruesome gore that ensues when Benji goes berserk. This is definitely a grindhouse inspired film meant to be shown at a midnight screening in a cheap run down theater with a sticky floor that always shows the best movies. It is actually quite similar to former FearMaker Lindsay Denniberg’s work, and can easily be shown side by side.

Wretched Productions makes films that defy censorship and explore dark and sensuous themes using extreme Gothic qualities and boarderlining on queer cinema. When viewing the short film titled Benji’s Memory – which you can view below after the trailer *WARNING NSFW*) the style and themes become very apparent. With no regards to taboo content, Moore dives into a deep underground which is hidden by most but enjoyed by many. Dolly Deadly will sure raise some controversy but all good for the film itself.

Dolly Deadly is not set for release for another few months, but we will keep you in the loop as to when it has a release date. Until then, enjoy this trailer below.

Like To Watch Short Films? Check Out The Brief Macabre
November 29, 2016