From Bottom To Top has been on this page a good amount recently and there is a good reason for it. The four ladies behind the docu-series are incredibly talented. Today we bring you a new short film that stars one of those ladies.

From writer and director Joseph I. Martinez comes award winning eerie short Knock. The entire short film has been released online for our viewing pleasure. And you can check it out after the synopsis.

Produced by the Martinez brothers, Joseph and Will, Knock tells the story of:

Murielle is chased from an abandoned mine and is running for her life. Is she the victim of a Halloween prank, or has the legendary witch come to steal her soul?”

Actress Noelle Ann Mabry (V/H/S: Viral) leads the cast playing Murielle. Featured Fear Maker Arielle Brachfeld (Chemical Peel) helps fill out the cast alongside Alexandra Hendricks, Anthony Adryan Hurtado, and Ashley Pallas who plays the witch Icka Crombie. Behind the very well and claustrophobic style of shooting is cinematographer David M. Brewer (Insidious). The intense make-up and practical effects credit belongs to the talented Anjanette Carson. In a five minute short, the score is key to creating the mood and allowing the audience to fell like they are part of the whole story although they are dropping in the middle of a story. John Argosino does a good job of creating an eeriness that can only be felt when doing something wrong on Halloween night. When listing off credits you can not forget about production designer Sally Levi who did a wonderful job of allowing the audience to be engrossed in this one small location. She was able to create a unique design to make the room feel like it’s own personal mine. According to filmmaker Joseph I. Martinez “She also added little details like how all the animal figures and pictures stare at the sisters and the creepy dripping handprints on the dresser”.

Knock originally premiered at Fear Fete 2015 and won Best Paranormal Horror Micro Short. The short itself acts as a proof of concept for a full feature entitled American Witch.

Be sure to check them out on their Facebook for all the up to date information on the short and the feature to follow. 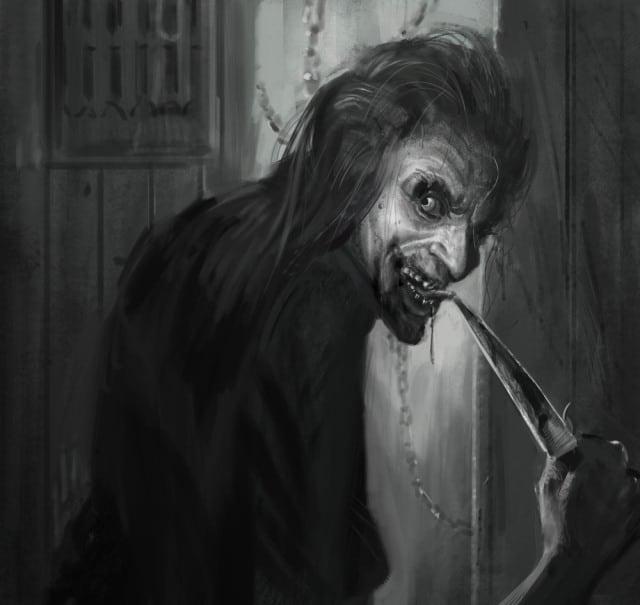 “Chocolate Strawberry Vanilla” Delivers Delicious Death In May
February 22, 2016
“Night Of The Slasher” Competes For Oscar Contention
November 2, 2015
Southern Noir ‘The Hollow’ Out on VOD and Theaters
October 10, 2016