Next week in America a holiday occurs which happens on the last Thursday of every November. Families get together watch football, a parade, and divulge in delicious food. Movies are released over the weekend and students go home to see friends and family. One thing has been lacking during the fall holiday.

Thanksgiving is a time when family gathers together around a full table of turkey, stuffing, cranberries, sweet potatoes and other holiday foods while indulging in one of the seven deadly sins, gluttony. And throughout the history of cinema horror films have generally been left out during the holiday of Thanksgiving. Aside from the silly Thankskilling and the more ridiculous sequel Thankskilling 3, horror does not get recognition during this time of commemorating when the pilgrims and the indians held a dinner together. Whatever you believe the holiday truly represents, we have to all agree that the setup is too perfect. 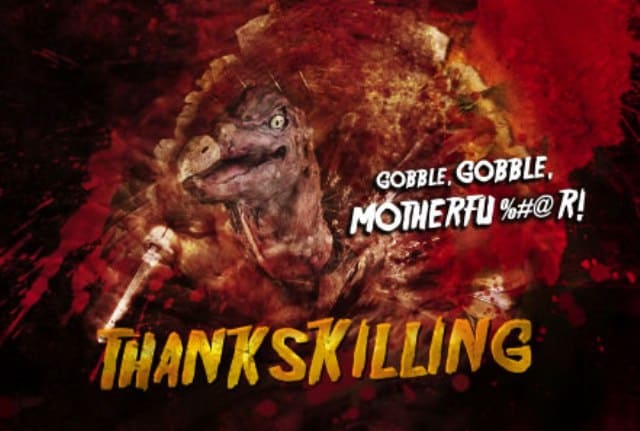 When researching Thanksgiving horror films there were a few that popped up but either fell into the ridiculous category or cannibalistic category. Just because people are eating does not make it a Thanksgiving themed film. Films like Feed and The Woman are on these list. One is about somebody who overfeeds women to death and the other is about a woman who is locked up in a basement and eats people. Still not Thanksgiving related.
We Are Indie Horror spent one whole afternoon trying to come up with good Thanksgiving film ideas; here are our results. 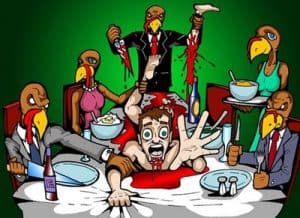 For the first style of film to add to the holiday’s and probably the easiest, think You’re Next. A family who has not seen each other since last year’s holidays, maybe for some it has been longer, add a new finance, husband, wife, boyfriend, girlfriend or even an old flame is thrown into the mix which sets up your characters. The amount of situations that can occur are perfect for any horror scenario. Most horror films are about a group of people in a terrifying and sometimes brutal situation.Thanksgiving is the perfect set up for it. A home invasion style film suits this scenario very well. Or maybe one of the dinner guests is a cold blooded murder. It could truly be anybody. In the wake of a death; the family knows what kind of money and property is at stake. How far would they go to ensure their life is full of riches and happiness? 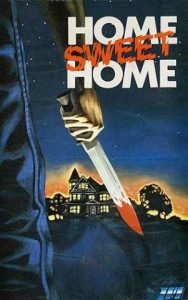 You could even take another route; maybe similar to Halloween and the classic slashers of the 70’s and 80’s. Back in the 80’s a Thanksgiving centric slasher was released called Home Sweet Home but after reading the description, it just seems to get ridiculous. A slasher film would be perfect on the day before Thanksgiving. There is a real non-holiday the day before for restaurants and bars called “Black Wednesday”; which is a night when establishments become incredibly busy with friends and family coming in from out of town or people, especially college students, coming home for the holidays. Big cities do not see it as much but little towns are flooded. This presents another great set-up. Group of friends can go out, have a good time, then maybe go back to the old school that has been shut down due to some sort of mysterious situation or psycho janitor. Or maybe visit the old neighborhood. The situations are endless.

Even a haunted house ghost story can get in on the action. Hear us out. The night is Thanksgiving. The brand new beautifully built and just bought house in Massachusetts is filled with family; ones with deep pilgrim roots. The house is built on land where Indians were slaughtered when Pilgrims first came over in some battle over property. Now with the blood that is spilt from a slip up with the carving knife; the ancient spirits of the indians want revenge on the pilgrimage family.

One more style of film that could really play well with the gluttonous holiday would be a Saw type story. Imagine a group of desperate parents who are lured or captured to an underground facility where they have a series of gruesome puzzles to test how far they would go for their child. Maybe one of the parent’s are lying and is not a parent, just looking to re-sell the hottest product. Not as prevalent in today’s world where internet shopping has taken over, but still this was a missed opportunity.

We were close to a Thanksgiving holiday themed film, but it was Eli Roth. Therefore it may have bordered way too gory and more along the lines of shock horror than true fear. Again nothing wrong with that, just not a scary Thanksgiving type film. A grind house flick though would be welcomed and better than a a drug induced hallucination causing you to believe you are a blood thirsty turkey headed man; like the Blood Feast series. 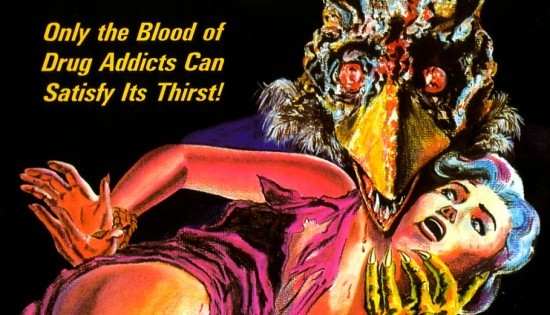 So that brings the question as to why are the most famous Thanksgiving horror films only ridiculous? Nothing wrong with laughing at a giant Turkey puppet that kills people but come on. A possibility to that answer could be within the concepts themselves. It could be that any idea that revolves around Thanksgiving eventually leads itself to absurdity. Or maybe could it be the time of year? We just had Halloween where the macabre is celebrated for an entire month. Horror really takes shape during the month of October. Right around the corner is Christmas; a for the most part cheery holiday. Although this year horror does seem to rule Christmas with all the Krampus films and holiday related horror coming out. (That article coming in a few weeks). Too much macabre may depress the overall masses. Who truly knows?

So We Are Indie Horror challenges YOU! Between now and November 30 we want you to create a 30 second to one minute video pitch for a Thanksgiving related horror film, short or feature. Remember we do not want silly or ridiculous; we are looking for something truly terrifying and original. Upload the video to YouTube and be sure to send over a copy or link to weareindiehorror@gmail.com. Be sure to put We Are Indie Horror Thanksgiving Terror into the title. The video could be you talking or it could be a short film; we’d prefer the latter but given the time restraints we understand. The winner will be chosen by the team here at We Are Indie Horror and will receive a brand new T-Shirt from our store! So what are you waiting for? Give us your best pitch for a Thanksgiving Horror film. 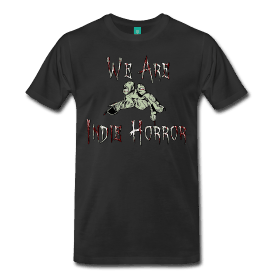 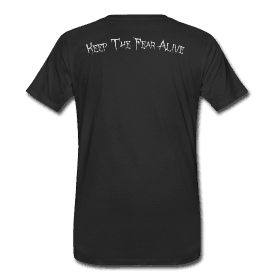 Will Horror Suffer From The World’s Sensitivity?
September 29, 2016