A few weeks back, We Are Indie Horror gave you an in depth look at the newest film from Lord of Tears creators, Lawrie Brewster and Hex Media, The Unkindness of Ravens. Today we bring you an exciting announcement out of their Kickstarter camp.

Over the last couple of years The Owlman has become an internet cult legend. It all began with his epic reign of terror on unsuspecting Scottish explorers in a viral prank video. The monster originally appeared in the first feature from Lawrie Brewster called Lord of Tears. Since it’s release it has been received incredibly well by fans and critics alike but the popularity of the main villainous monster character, Owlman, has grown beyond internet folklore. Similar to legends like Slenderman and Jeff the Killer, Owlman has taken over the imagination of horror fans across the world inspiring new stories, theories, costumes, and of course body art. Below is the a viral video for the horrendous creature of Owlman.

Next on Lawrie Brewster‘s slate is a film he says mixes Hellraiser and Apocalypse Now. The Unkindness of Ravens is currently in the final days of it’s crowdfunding campaign. The film is the tale of  Andrew, a homeless veteran plagued by flashbacks of traumatic events he witnessed in war. Through his travels in the Scottish Highlands to overcome his fear of ravens he gets more than he bargained for. His nightmares begin to manifest into a powerful, dark, and scary enemy. He crosses path with creates called “The Raven Warriors”  inspired by Norse mythology and the Celtic Goddess of Death Morrigan.

As their campaign winds down, the team at Hex Media have announced a Limted Edition action figure of the legendary Owlman for the small donation of approximately $60 (£40). It comes in a retro 70’s style action figure which have been making a huge comeback in the world of toy collecting and they are as sharp as ever. There are only 150 available so if you are interested jump on it fast! Not only are they an exclusive figurine, the team behind The Unkindness of Ravens will also sign the figure. If for some reason you are still on the fence about this, be sure to check out the awesome commercial they have presented the world with right below.

Be sure to show your support for the film by following the links below. Like any Blood Bank, if you cannot financially support, be sure to share the campaign, the campaign is winding down incredibly fast and We Are Indie Horror cannot wait to see this awesome piece of scary art. 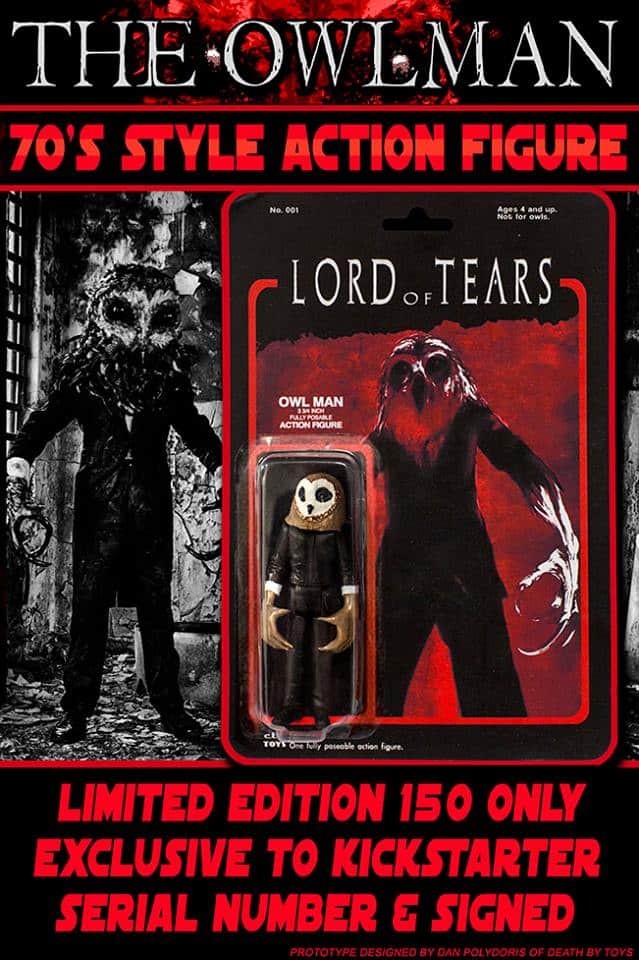 Adam Green’s Halloween Short Will Have You In Stitches
October 13, 2015